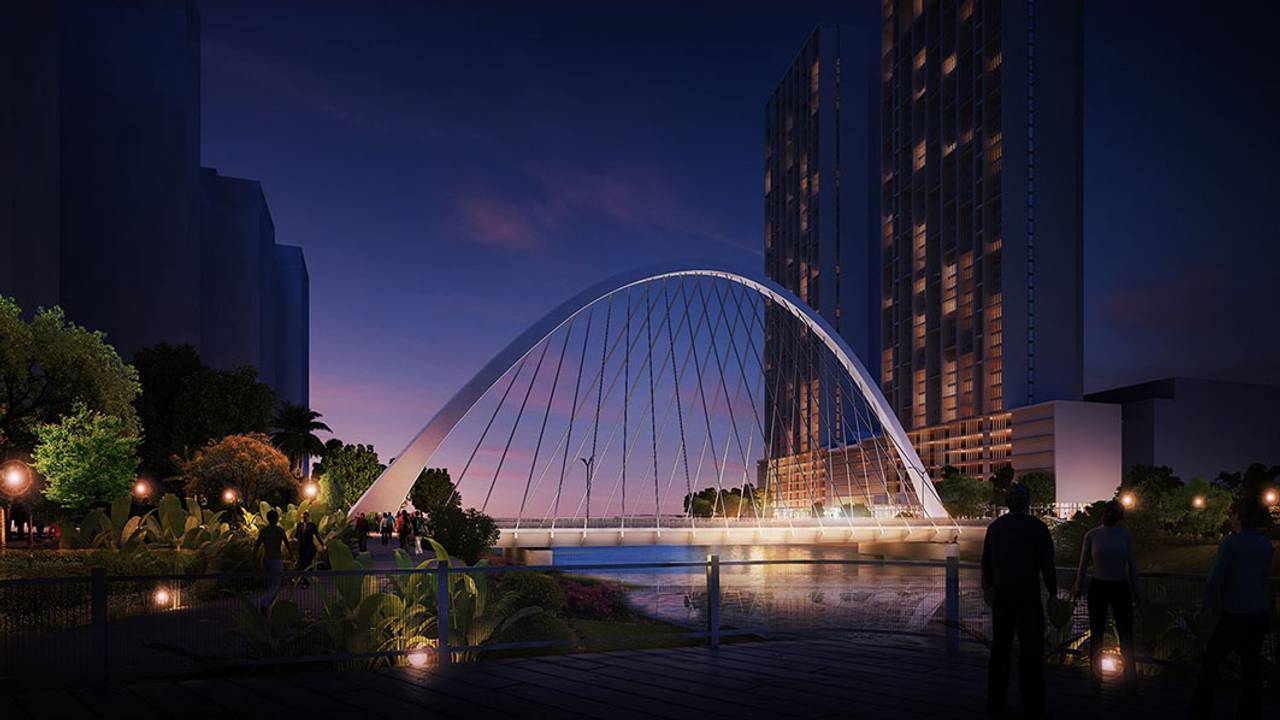 Featuring 110 m long and 25 m wide, with an arch at 40 m in height, this new bridge will open a new route to help ease vehicular traffic in the northeast and east of Metro Manila. Pedestrians and bikers can also access the bridge freely through designated lanes.

The Parklinks Bridge is inspired by modern European bridges, according to ALI and Eton. The two companies, along with structural designers Systra Philippines and Systra Korea, created an iconic design with 20 steel cables suspended from the arch. These cables have been arranged asymmetrically, producing a dramatic and interesting backdrop that varies when viewed from different angles.

The new iconic bridge is one of the highlights of Parklinks Urban Estate, a 35-ha mixed-use project being developed by ALI and Eton. This upcoming green urban estate will have 50% of its area dedicated to open spaces, parks and other recreational facilities to promote health and a well-balanced lifestyle.

ALI further shared that the park system at the Parklinks Urban Estate – anchored by a 3-ha central park for estate events – consists of an esplanade, river park terraces and riparian gardens, which encourage the community to engage with the river as it brings better view and access plus running and bike trails.

In its earlier statement, Eton said the joint venture will allot PHP 53 billion in the next 10 years for the initial development of Parklinks Urban Estate. The project is targeted to integrate all components, including parks and open spaces to be within walking distance from each other. It will also build a walkway system to help future residents, office workers and the public get to their point of destinations safer and faster.