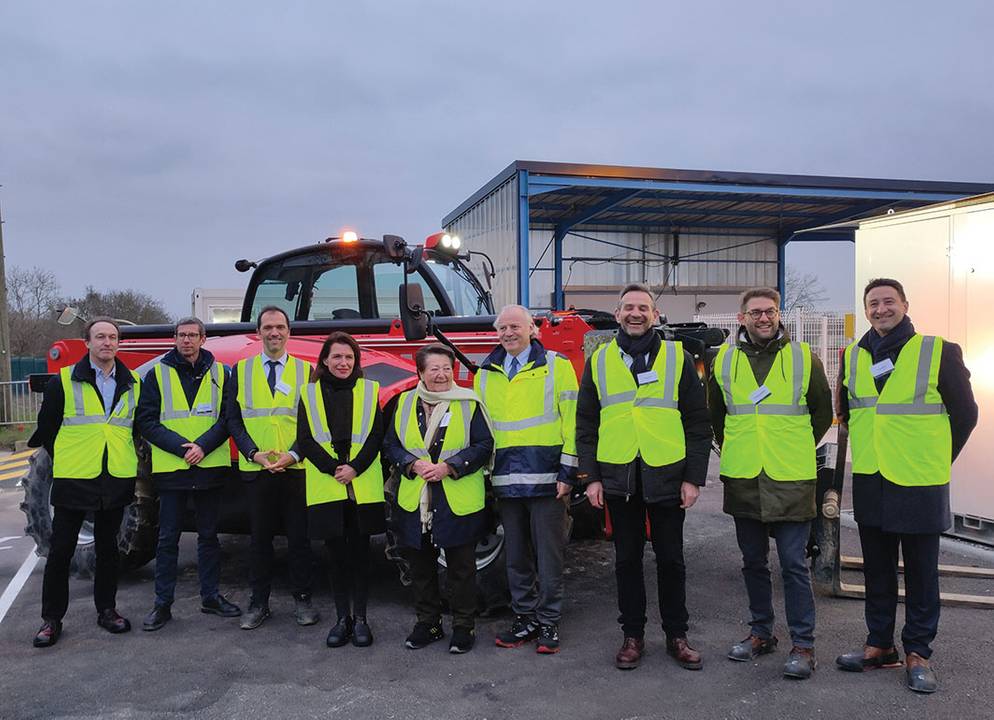 Manitou Group has revealed its roadmap for research and development on hydrogen-powered machines. 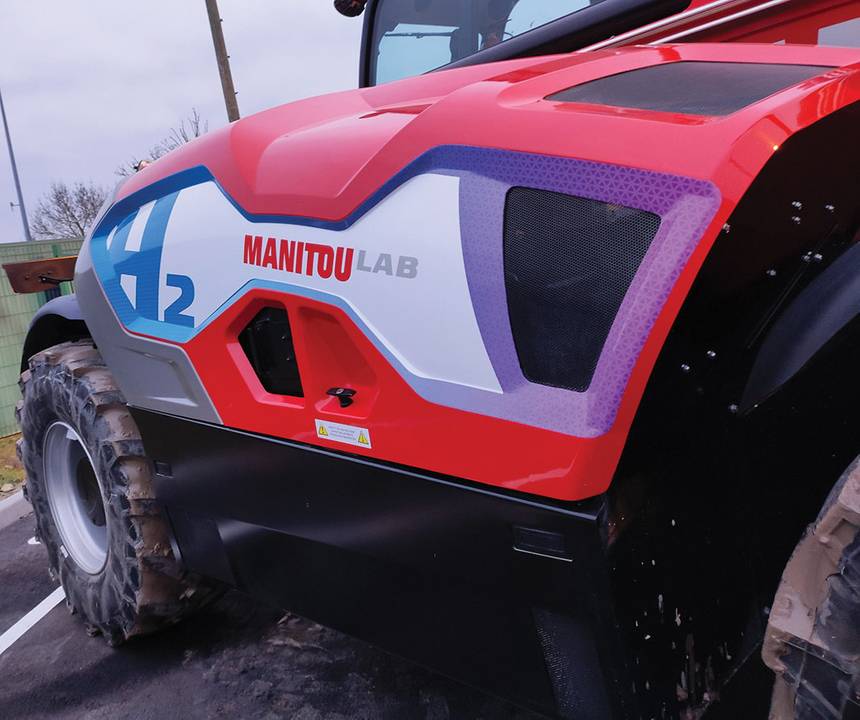 As part of this strategy, the group has developed its first prototype telehandler running on green hydrogen. 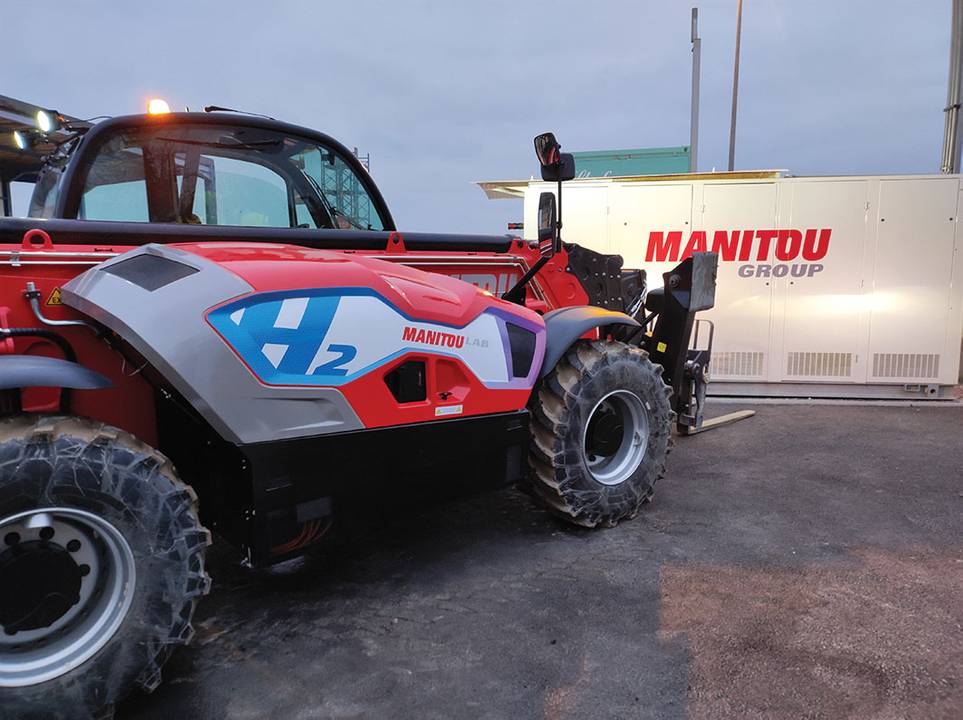 Manitou intends to offer a 100% hydrogen-powered telehandler to the market by 2026.
globaltelehandlersManitouhydrogen
Views: 89

With a target of reducing greenhouse gas emissions by 34% per hour of use of its machines in 2030, Manitou Group has set off on an ambitious course, in line with the commitments of its low-carbon trajectory communicated in January 2022 and validated by the SBTi in July.

Following on from the recent electrification of its all-terrain platform and telehandler ranges, Manitou is also looking to hydrogen as a medium-term alternative for its users. The group wants to see its electric and hydrogen ranges side by side depending on each user’s applications, with a target of 43% low-emissions products marketed in 2030.

Manitou has presented its new facilities for making its hydrogen development plan a success to journalists and elected representatives. By kitting its test centre out with a green hydrogen station, the group now has the means for testing its brand new prototype telehandler.

The first step of this plan involves guaranteeing range and reliability in real-life conditions, while testing the durability of components. The group based this first prototype on an existing model from its range of construction machines, capable of lifting loads up to 14 m. This machine will be tested and sent out to construction sites by the end of 2023 with a view to collecting valuable feedback from users to improve on this prototype.

Two types of hydrogen technology are currently being evaluated by the market, namely the combustion engine and the fuel cell. Manitou’s first prototype is built around a fuel cell, but the group said it will choose the hydrogen solutions that best meet the needs of its customers.

“We are studying all the hydrogen-related technologies based on what users need. This prototype is only the first step. A second rotating telehandler prototype will be developed in the coming months. There are many benefits of green hydrogen with production possible using wind power that has no greenhouse gas emissions at all. This fits in perfectly with our low-carbon trajectory,” said Michel Denis, managing director of Manitou Group.

With this first prototype, Manitou is showcasing its ability to innovate in order to measure the autonomy of this new energy while offering its customers the hydrogen solution that best meets their needs, but without compromising on performance. According to the group, almost 50 engineers and technicians are dedicated to this approach, which was launched in 2021.

To come up with an innovative solution that can be fully industrialised, Manitou hopes to rely on the support of the public authorities to develop an emerging ecosystem. Julien Waechter, VP R&D at Manitou Group, explained, “The green hydrogen sector is gradually becoming more established with the entry onto this market of a number of players. All of the aid mechanisms proposed by the different governments will encourage the transition to hydrogen, and will speed up the development of the distribution network and ultimately the reduction in the usage costs of our machines using this energy.”

With these new facilities, Manitou intends to offer its customers new innovative prospects, with a 100% hydrogen-powered telehandler available on the market by 2026.