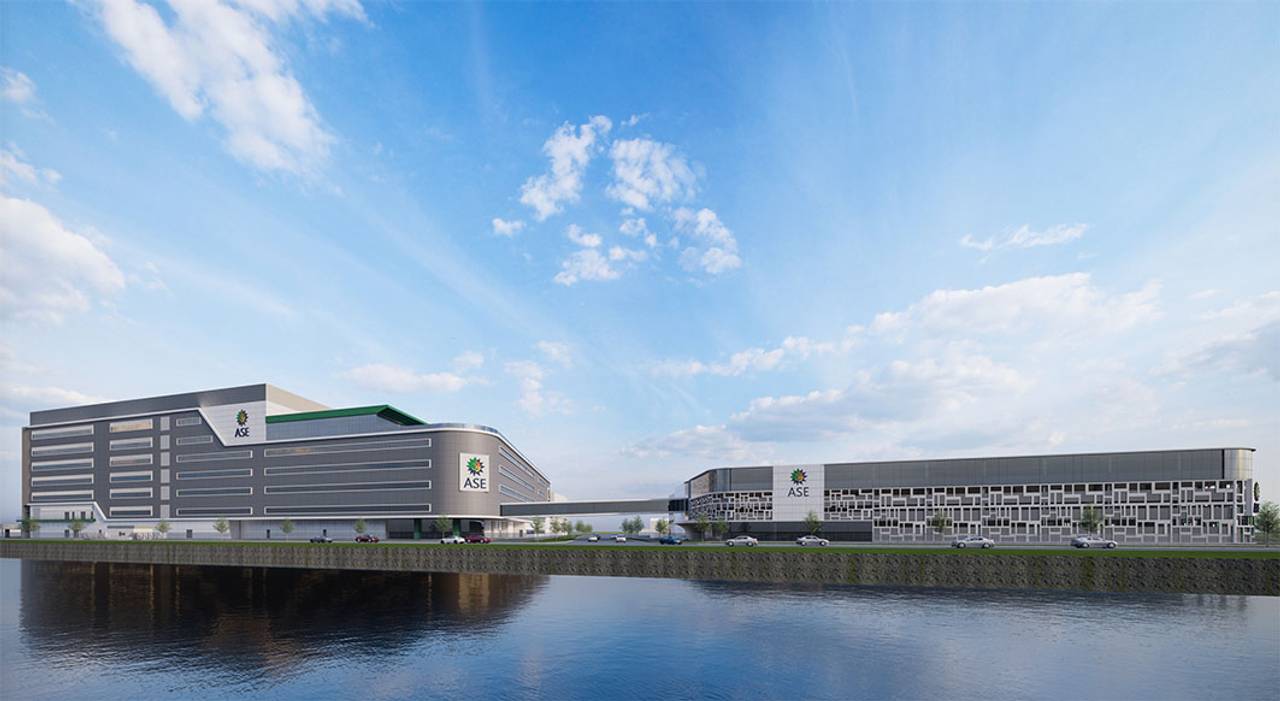 An artist’s impression of ASE Malaysia’s new facility in the Bayan Lepas Free Industrial Zone - one of the projects won by IJM in Penang.
MalaysiaindustrialIJM
Views: 133

One of the latest contracts in Penang was awarded by ASE Electronics (M) Sdn Bhd (ASEM), the Malaysian subsidiary of Advanced Semiconductor Engineering Inc, for the construction of its new chip assembly and testing facility. The contract value of this project is RM341.39 million.

Located in the Bayan Lepas Free Industrial Zone, the construction of ASEM’s new semiconductor assembly and testing facility will comprise two buildings (Plants 4 and 5) with a built-up area of 982,000 sq ft (about 91,231 sq m). They will be constructed over two phases consisting of a six-storey production floor space, office space, multi-storey car parks, a link bridge as well as a centralised utility building base.

IJM Construction has taken possession of the project site following a groundbreaking ceremony which took place on 10 November 2022. The project is scheduled for completion in 2025.

According to Liew Hau Seng, group CEO and managing director of IJM Corporation, ASEM has called for “green construction methods that emphasise ecological balance, conservation, and resource recycling and reuse to be adopted for the project. This aligns well with our group’s sustainability agenda and proven expertise in constructing green building projects in Malaysia.”

To date, IJM Construction has completed 26 green building projects while two projects are currently in progress.

The other contract in Penang is for the construction of the 45-storey Maritime Signature commercial tower located at Karpal Singh Drive in Georgetown. Jurutama Sdn Bhd, a wholly owned subsidiary of IJM Construction, won this project with a contract value of RM80.79 million from Bionic Development Sdn Bhd in October.

Construction of the commercial tower, comprising office suites, shop lots, duplex units and car parking podium, is set to commence in December 2022. It is expected to be completed within 42 months.

“Our solid track record for building construction has consistently enabled us to secure contracts from existing and new clients. These two job wins reaffirm IJM Construction’s market leadership as the builder of choice in Penang,” added Mr Liew.

“Despite continued economic uncertainty, the key markets in which IJM operates remain strong and with our continued policy of developing key strategic relationships with both our clients and supply chain, we are confident that the recent order book wins will place the company in a secure position for the future,” said Mr Liew.