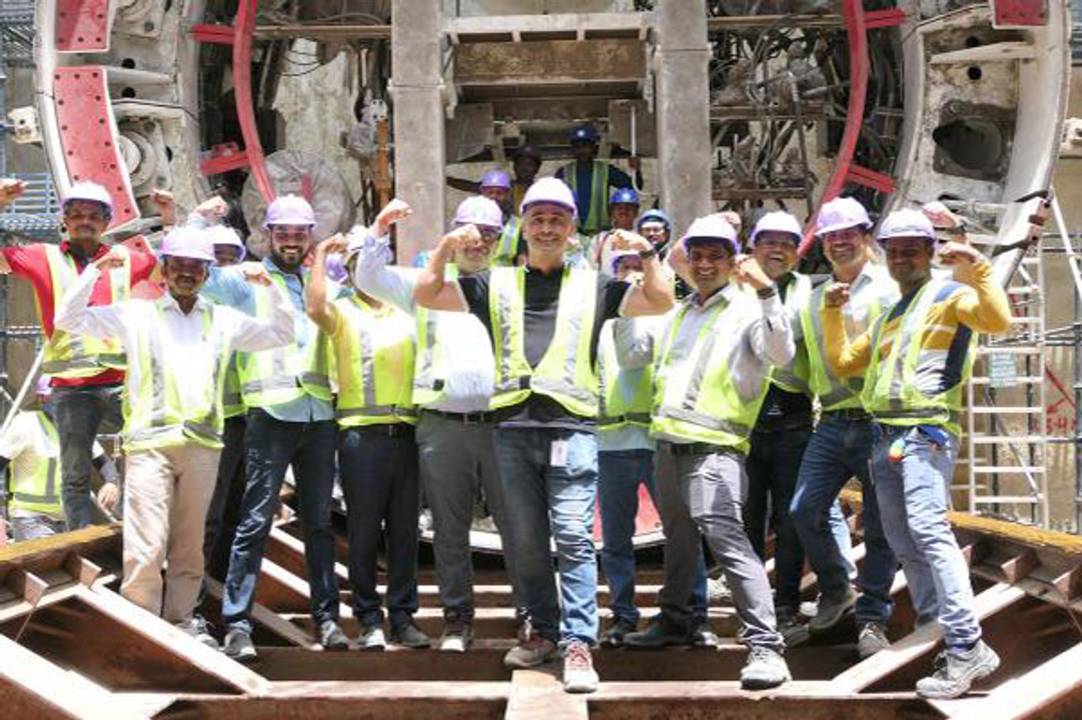 Gulermak-Sam India JV gets ready to commence tunnelling on the Corridor-1 of Kanpur MRTS Project in India. 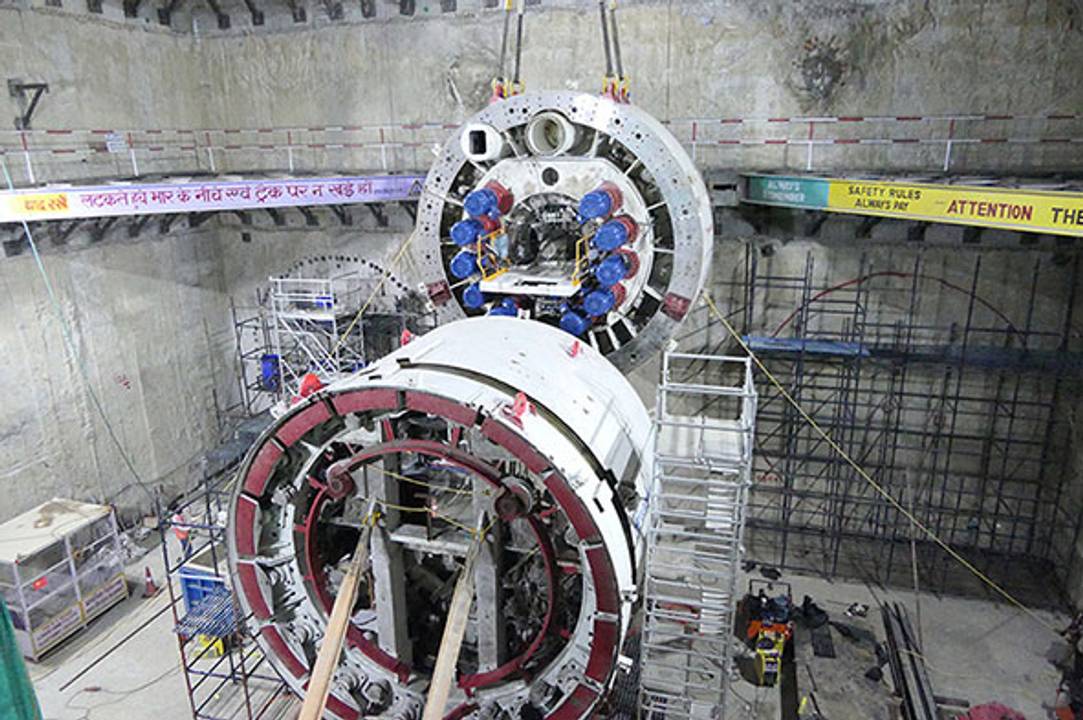 Kanpur Metro has two corridors: IIT Kanpur to Naubasta Corridor and Agriculture University to Barra-8 Corridor. The TBMs for the package of the 23.8-km Orange Line-1 connecting IIT Kanpur to Naubasta has a length of 3,619 m and comprises four stations. This includes an elevated section of 15.16 km and an underground stretch of 8.62 km.

Awarded to Gulermak-Sam India JV in September 2020, the contract also includes the construction of the four new underground stations at Chunniganj, Naveen Market, Bada Chauraha and Nayaganj each 215 m long.

For the geology consisting of soil, clay, silt and sandy silt, both EPBMs are equipped with a spoke-type cutterhead with 57% opening ratios, which had been proven to be very efficient excavating this type of soil.

These EPBMs have now been launched for the initial drives from Bada Chauraha station to Naya Ganj station. Expected challenges are typical for tunnelling in a densely populated, yet historical urban area.

Machine operation is assisted at all times by Terratec’s field service staff,  providing after-sales support to ensure optimum performance and successful project completion. Tunnelling operation is carefully observed throughout the manoeuvre via a settlement monitoring programme.

Kanpur Metro is an urban mass rapid transit system (MRTS) being developed to meet the long-term traffic demand of the city of Kanpur in Uttar Pradesh. Anticipated to be completed in 2024, the 32-km-long metro rail system will reduce traffic and pollution, shorten journey times and open up new career and educational opportunities in Kanpur.

The new metro will also contribute to making the city safer and more business-friendly. The project will benefit climate change mitigation, by promoting a change from road to rail while reducing gas emissions, as well as expediting social and economic infrastructure & urban development.

ACF Conference: Digital construction in ASEAN – where are we at?
Nov 28,2022