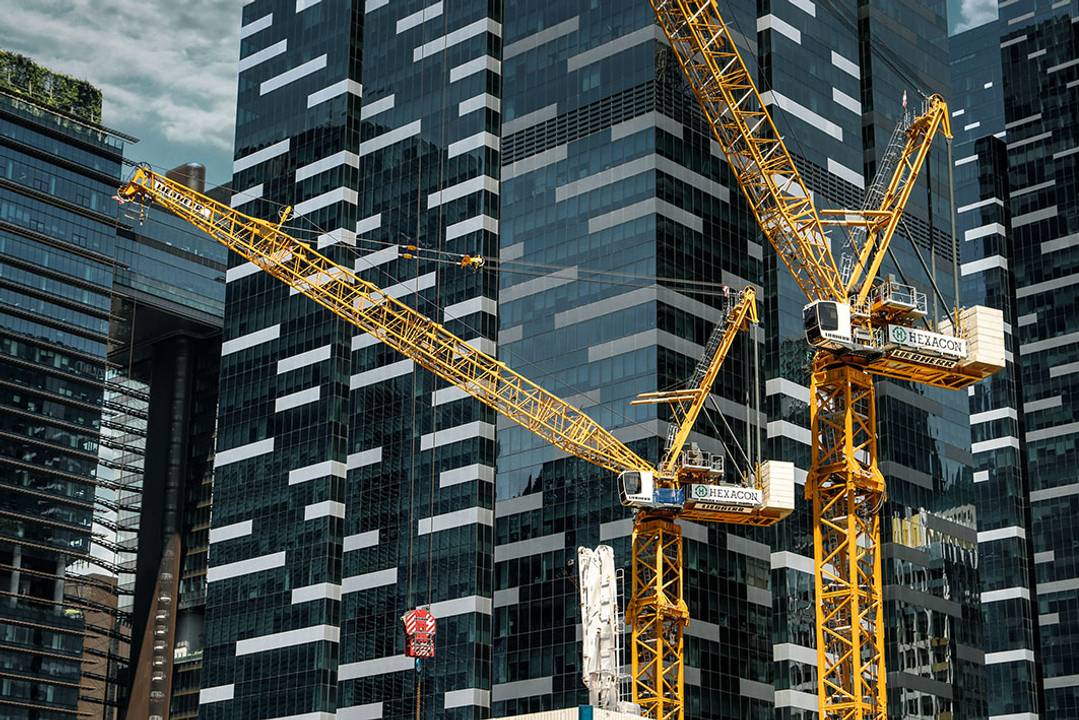 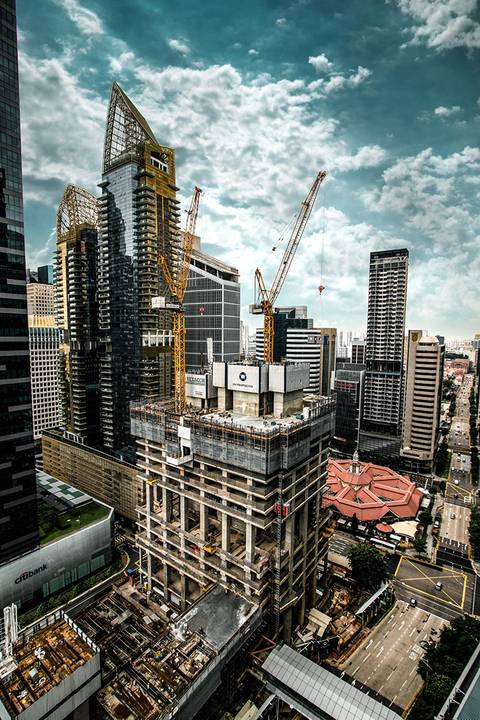 The luffing jib cranes are working on one of the two towers of the Central Boulevard Towers.
Singaporecranestower cranesLiebherr
Views: 396

Two new Liebherr 710 HC-L 32/64 luffing jib cranes are currently involved in the construction of the Central Boulevard Towers in Singapore. The development is located in the city centre, near the popular Lau Pa Sat food market.

The cranes were put into operation in November 2020. Back then, these cranes belonging to the fleet of the Kim Soon Lee company were assembled freestanding at a tower height of around 40 m. One of the buildings under construction will be approximately 241 m in height – this is where the two 710 HC-Ls, with jib lengths of 40 and 45 m, are being used.

Internal climbing systems have been a successful part of high-rise building construction for many years now, Liebherr pointed out. What makes the Singapore project “a world first” is that the two 710 HC-L cranes are using a 24 HC 1000 tower system to climb up on the inside.

Both cranes will reach their maximum tower height of 245 m in just 10 climbing stages. This is made possible by a 57-m-high tower.

“The number of times a crane has to climb impacts how long the downtime is for customers,” said Liebherr Tower Cranes project manager Eric Konijn, stressing the advantages of this solution. “We were able to offer our customer a solution with 10 climbing stages, which saves them valuable time and consequently money.”

According to Liebherr, one climbing stage takes about two hours, so the cranes stand still for as short a time as possible. In addition, there are significantly fewer storeys to reinforce, which also has a positive impact on cost efficiency.

Due to the amount of guying that is legally required, and the resulting significantly increased costs, having the cranes climb completely on the outside of the building wasn’t a viable option. Plus, there isn’t enough space on site to use exterior climbing cranes.

The high-performance Liebherr 710 HC-L model was chosen because of the tight conditions on site, and the project’s heavy load and handling capacity requirements. The 710 HC-L features a maximum lifting capacity of 64 t and is the largest luffing jib crane Liebherr offers. It can easily lift and precisely position the precast concrete parts, weighing up to 30 t, which are needed for the skyscraper’s construction.

When completed, the 48-storey tower – where Liebherr cranes are working – will accommodate office and retail space. The Central Boulevard Towers project also has a second tower, which is 16 storeys high. One of the highlights is an urban ‘sky park’ with green spaces. Small recesses are to be incorporated into the greenery as meeting areas, and the park will also include a jogging track.

The two luffing jib cranes will be working on this site, which borders on high-traffic roads, for several more months. They will continue to climb skywards section by section.