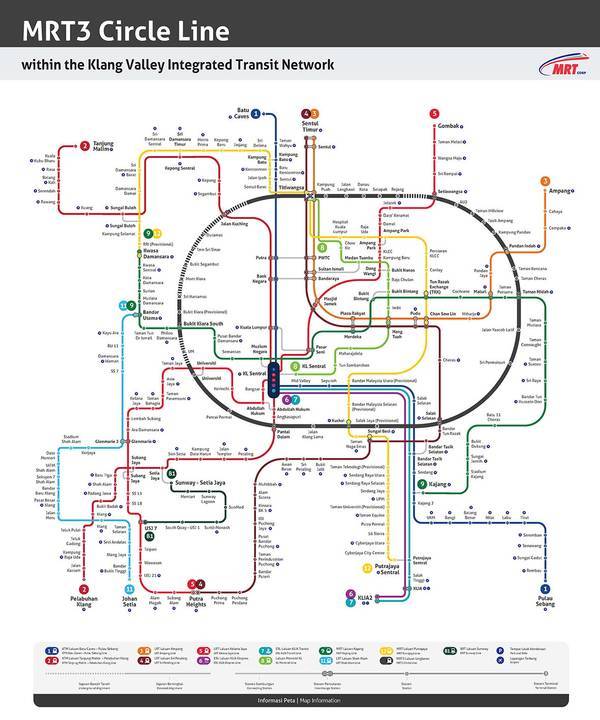 Malaysia’s Mass Rapid Transit Corporation Sdn Bhd (MRT Corp) has launched a request for proposal (RFP) for the MRT3 Circle Line project management consultancy services work package. This is the first tender to be called for the new 51-km rail network, which was given the go-ahead by Malaysian Government in March this year.

MRT Corp also stated that the tender process will commence in May 2022. CEO Datuk Mohd Zarif Hashim said the project management consultant (PMC) will be assisting MRT Corp in managing the MRT3 Circle Line and be responsible for the timely delivery of the project within the stipulated budget.

“Besides assisting MRT Corp, we also expect the PMC to serve the needs of the civil and system work package contractors so that we can work together effectively to deliver the project,” added Mr Hashim.

The RFP is open to companies that have experience in managing at least one railway project in Malaysia or overseas with a minimum aggregate value of RM1 billion. The said project should also have at least two of three following elements: elevated stations and viaducts, underground stations and bored tunnels, or railway systems.

Information on the criteria to participate in the RFP is available in the Notice of RFP, which is published on MRT Corp’s website (www.mymrt.com.my/tenders) and social media channels (@MRTMalaysia). It is also being advertised in several local newspapers.

Interested companies must register for a mandatory briefing to be held on 13 May 2022. Registration can be done online via links or by scanning the QR code provided in the Notice of RFP. Companies that fail to register will be barred from participating in the RFP.

The MRT3 Circle Line is the critical final piece to complete Kuala Lumpur’s urban rail network. Its proposed alignment will run along the perimeter of the city and connect to MRT, LRT, KTM and Monorail lines through 10 interchange stations. Upon completion, this new urban rail network is expected to further encourage public transport usage in Kuala Lumpur.