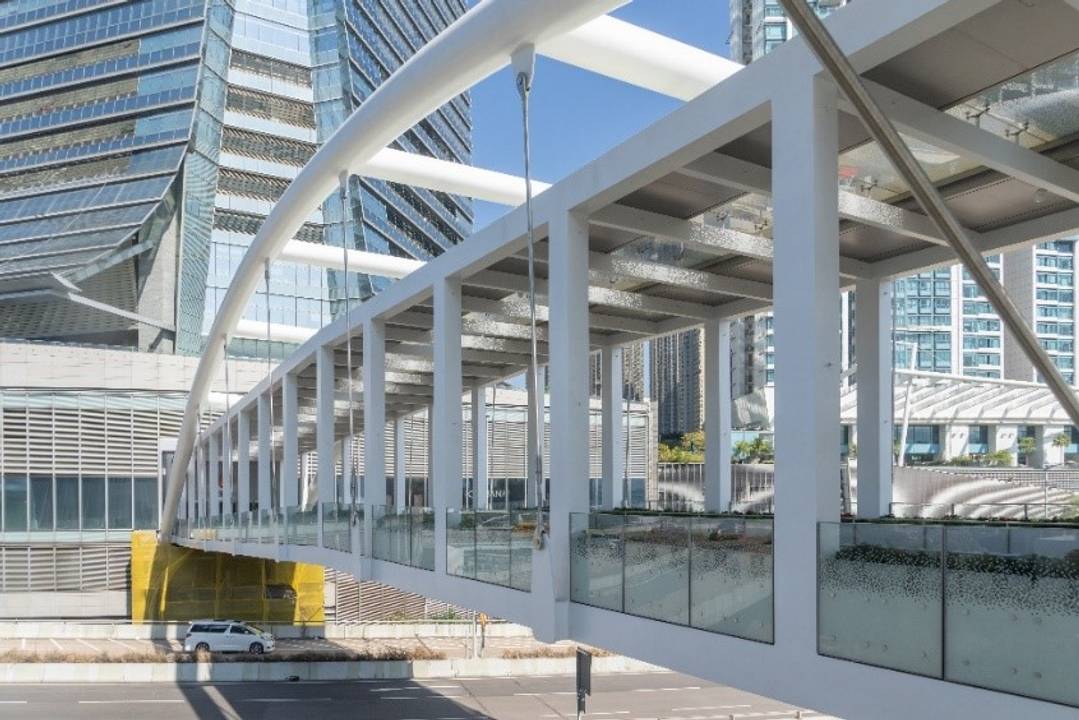 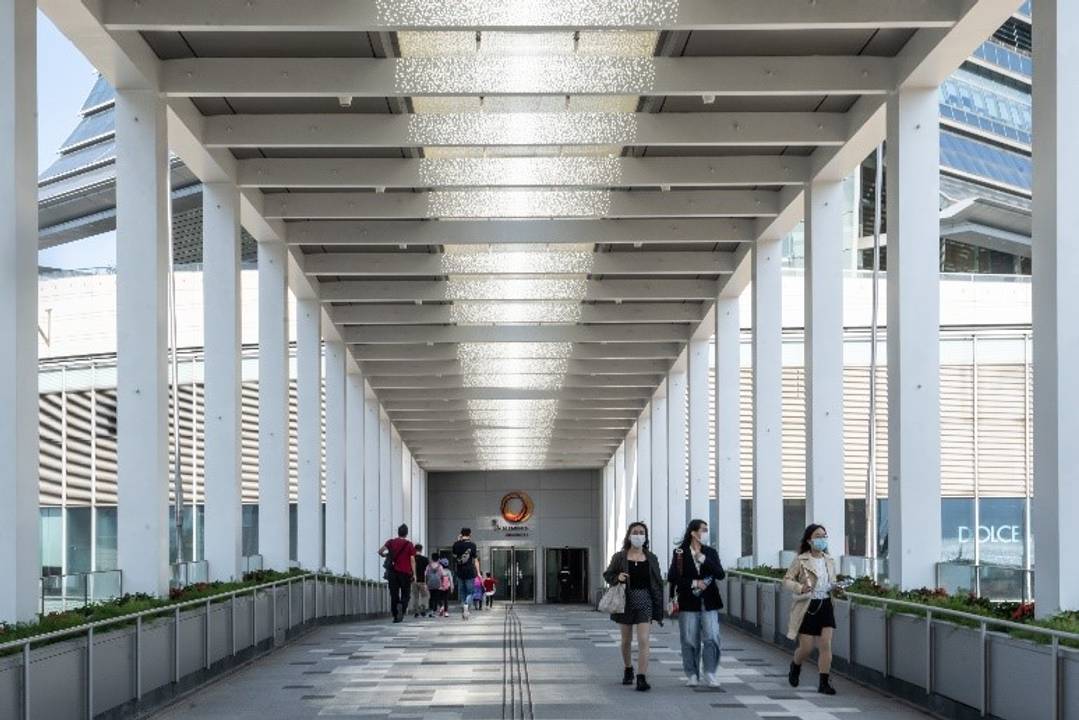 Opened to the public in December 2021, the Artist Square Bridge in Hong Kong offers pedestrians a direct, 24/7 and barrier-free connection between the West Kowloon Cultural District’s Artist Square and the developments above MTR Kowloon Station. This allows for easy access to the newly opened M+ museum and the existing Art Park and Waterfront Promenade, while also integrating the District with the transportation hub at the Kowloon Station.

From an engineering perspective, the bridge structure is a “work of art” in itself, said Gammon Construction, the contractor on the project. Installing the bridge, which features an iconic arch spanning 79 m across Austin Road West, required “meticulous planning and problem-solving, as well as innovative construction methods.”

The project site presented several constraints, including traffic and pedestrian management and proximity to existing utilities and transport infrastructure such as the Airport Express Line tunnel, revealed Gammon. The new footbridge straddles the busy Austin Road West flyover, so construction work had to ensure less disruption and nuisance for both the travelling public and the many residents living nearby.

To achieve this, Gammon assembled modular steel sections south of Austin Road West and push-launched the completed sections over Austin Road West to connect them directly into the second floor of Elements. The company also adopted the design for manufacturing and assembly (DfMA) method to simplify the fabrication and erection process, and to deliver the scheme safely and efficiently. “This meant fabricating and pre-assembling the entire footbridge at our offsite workshop,” said Gammon.

The completed bridge was designed so that it could be easily divided into several prefabricated segments with a maximum weight of 80 t, which were then transported to the site and erected. However, prior to the bridge segments being delivered, it was first necessary to build a temporary structure and launching system. For this reason, Gammon was aided by Freyssinet on both the launching system design and site operation.

To reduce on-site assembly and welding works, it was important to use as few prefabricated steel segments as possible, explained Gammon. “The site’s proximity to Victoria Harbour allowed us to deliver bridge segments by sea from a workshop in mainland China, which allowed for larger segments to be moved than would be possible by land.”

A 500-t mobile crane was deployed to lift the segments into place. “Using the second largest crane available in Hong Kong meant that we could lift larger segments, reducing the total number of lifts and further shortening on-site assembly and welding time.”

Components were loaded onto the launching system and welded together to form a longer segment. The welded segments were then launched forward at speeds of around 3 m/hr. Once launching was completed and the bridge reached its final position, it was lowered, with the load transferred from the temporary support system to the permanent structure.

According to Gammon, the launching operation was performed at night with temporary traffic diversions for Austin Road West to ensure zero harm and minimal disturbance to the public.