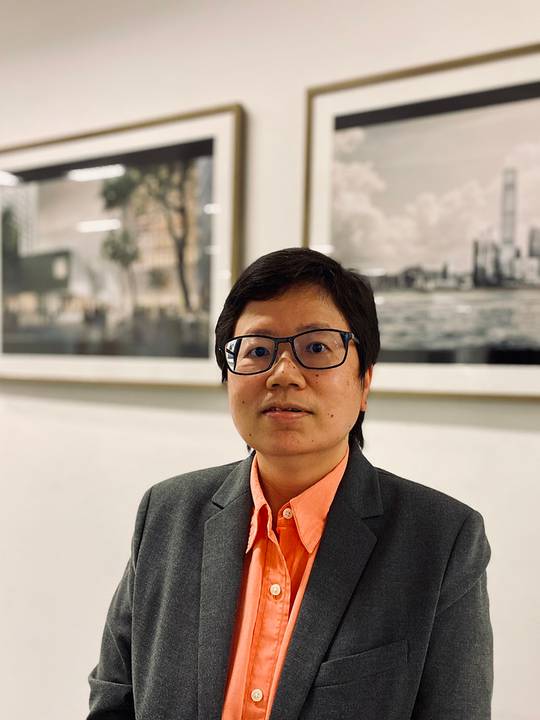 Aurecon has appointed Anita Ho as its new director for major projects in Greater China, with effect from 6 December 2021. She is based in Hong Kong and will report directly to the company’s soon-to-be announced managing director for Greater China.

In her new role, Ms Ho will be responsible for the smooth delivery of major projects in terms of quality assurance, risk mitigation, management and review. She will also develop and implement Aurecon’s strategy to increase cooperation with government agencies, as the company seeks to cement its reputation as a Tier 1 provider for engineering and advisory services in Asia.

To aid its comeback from the Covid-19 pandemic as well as boost its economy, the Hong Kong government announced a stimulus package earlier this year of HK$120 billion (US$15.4 billion), explained Aurecon. A large portion of the investment will be channelled to four main infrastructure projects aimed at enhancing mobility and integrating the city more closely with others along the Pearl River Delta. Further investment is expected in the future too, as over the next decade or so, Hong Kong’s annual capital works expenditure is estimated to be HK$100 billion per year.

With its strategic location making the city a gateway for trade and investment between mainland China and ASEAN countries, and Regional Comprehensive Economic Partnership (RCEP) economies accounting for 73% of its merchandise trade last year, the importance – and potential payback – of these infrastructure schemes cannot be underestimated. As such, Aurecon is taking a proactive approach to further bolster its leadership team as the company looks to strengthen its position further in Asia.

“One of the key attributes we are looking for in this role was a comprehensive understanding of the Greater China market, and Anita brings extensive experience with her to Aurecon,” said Stephane Asselin, Aurecon’s chief executive for Asia. “Over the past 25 years, she has worked on a diverse portfolio of engineering projects in Greater China and in Asia, from planning and feasibility studies through to design and construction. She has excellent talent for harnessing strong analytical and problem-solving skills to successfully manage large and complex infrastructure projects, including multidisciplinary engineering designs for government projects.”

A member of the Hong Kong Institution of Engineers and a Fellow of the Chartered Institute of Arbitrators (East Asia Branch), Ms Ho has 25 years of extensive experience in all aspects of project management. This includes 20 years of working in the design and construction management of infrastructure projects.

“I am excited to start in my new role at such an innovative organisation, one that is growing so rapidly in Asia and working on some of the largest infrastructure projects in the region,” said Ms Ho. “I share Aurecon’s strong desire to leave a lasting legacy, and I hope to make good use of the experience I’ve gained over the years to work with key clients in the public sector to solve their complex challenges.”

Ms Ho joins Aurecon from her role as chief project manager (design) at Hong Kong’s West Kowloon Cultural District Authority, where she led a team of design consultants and project managers engaged in the creation of one of the world’s largest cultural quarters.

Prior to this, Ms Ho spent just under four years as technical director at AECOM, where she managed a number of transport-related projects. These included the Kuala Lumpur–Singapore High-Speed Rail RDC06 package and the Klang Valley Mass Rapid Transit schemes in Malaysia, as well as the Third Runway Concourse Design at the Hong Kong International Airport. She also worked on the Hong Kong – Guangzhou Express Rail Link project during her earlier time with the organisation as principal engineer.

Previously in her career where she spent her time with several well-reputed international project management and engineering organisations, Ms Ho managed numerous large-scale projects in Asia. Key projects that she was involved with included being the contract administrator for the Cathay Pacific New Cargo Terminal Project, Hong Kong; the project manager for DHL Central Asia Hub Expansion Project at the Hong Kong International Airport; and the project manager for the Astra Sunter Jakarta Masterplan, Indonesia.

During her time with Hong Kong’s Kowloon-Canton Railway Corporation, Ms Ho was also the planning engineer for the Shatin to Central Link Project and Northern Link Project. Her first post-graduate position was a graduate engineer at Hyder Consulting Limited, where she was engaged in various utility assessments, engineering studies and design projects.