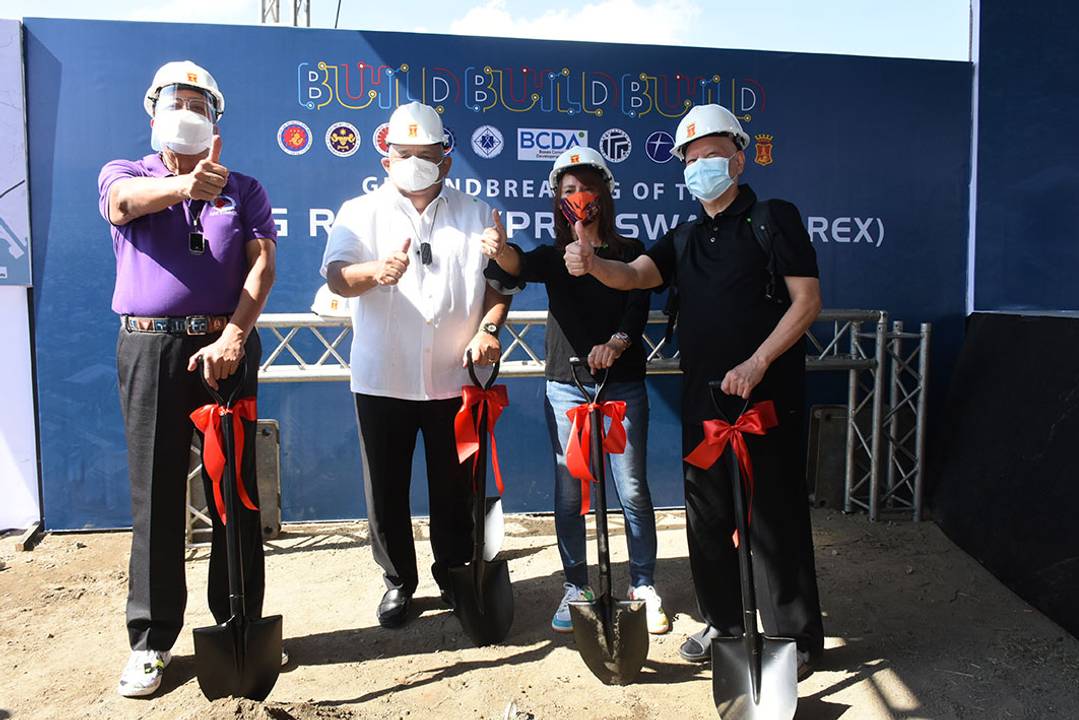 The groundbreaking ceremony for the PAREX project was held on 24 September 2021.
highwayPhilippinesroad constructionSan Miguel Corporation
Views: 372

Once operational, it will link the eastern and western cities of Metro Manila and will connect to the Skyway system - realising the vision of an integrated elevated road network that links the north, south, east, and west corridors of the capital, said the company in its statement.

The project, a P95-billion investment by SMC, is a six-lane elevated expressway that will run along the banks of the river, from Radial Road 10 in Manila to C-6 Road or the South East Metro Manila Expressway (SEMME) in Taguig.

“I believe this project is bound to be one of the most impactful projects during the time of President Rodrigo Duterte, in terms of integrating the social, economic, and environmental needs of our people. I’m very proud that we have this once-in-a-lifetime opportunity to provide an inclusive, future-ready solution to traffic,” said Ramon S. Ang, president of SMC.

“We thank government and especially the Build Build Build team, for allowing us to deliver another game-changing infrastructure, to help ease traffic, boost our economy, and improve the lives of so many Filipinos in Metro Manila.”

Secretary of the Philippines’ Department of Transportation (DOTr), Arthur Tugade, said, “We are happy because we have a project like this connecting north to south and east to west. Never has this connectivity been thought of, and now it is being implemented. The DOTr fully supports this project because I know it is good for the people and the environment.”

According to Mr Ang, PAREX will be built to accommodate more than just motor vehicles. It will feature a bus rapid transit (BRT) system that can benefit commuters all over Metro Manila, as they will have a “comfortable, safe, and reliable alternative to commuting anywhere in the metro.”

The expressway will also have dedicated bike lanes, continued Mr Ang, “to encourage healthy, environment-friendly modes of personal transportation, as well as pedestrian walkways to encourage walking or exercise.”

Executive Secretary of the Philippines, Salvador Medialdea, commented, “This 19.37 km six-lane road will definitely ease traffic in Manila. This was just a dream before, but now it’s becoming a reality. PAREX will be a gateway for the future of urban transport and will address the needs of urban living in today’s environment.”

The Philippines’ Department of Public Works and Highways (DPWH) Undersecretary for planning and PPP service, Maria Catalina Cabral, also highlighted that the project will be significant as it will serve as the east-west connection from R-10 in Manila all the way to Taytay, Rizal.

“It will complete the network of expressways within Metro Manila area and will provide a solution to the growing traffic problem within the metropolis. The travel time from Manila to Pasig will be reduced to just about 15 to 20 minutes, once this project is finished,” said Ms Cabral.

‘Not just an ordinary highway’

In a separate statement earlier, SMC announced that PAREX will be purposely-built around green architecture and engineering principles, with sustainability as its key driver.

“PAREX is not just an ordinary highway. It will be the first privately-funded road network in the country that combines sustainability features with the functionality of a safe and efficient transport infrastructure that the country is sorely lacking in,” said the company.

SMC did not mention a timeline for the project yet, but it is planned to have three major segments. The first one (Segment 1) will cover the section from R-10 to Plaza Azul, Manila; Segment 2 from Pandacan to C-5; and Segment 3 from C-5 to C-6. PAREX will also connect to, and utilise a 2.7-km portion of the new Skyway Stage 3 from Nagtahan to Plaza Azul.

“Traffic congestion is a critical sustainability issue, especially in Metro Manila,” explained Mr Ang. “Traffic increases the amount of harmful emissions from vehicles stuck for hours in traffic, drains economic resources, and affects people’s health. The PAREX project will ensure it does not only benefit motorists, but more importantly people and the environment.”

He added, “We can anticipate a future where perhaps many vehicles are electric. But regardless of what vehicles run on, expressways can adapt and serve their purpose of decongesting traffic, and making private and public transport more efficient. Combined with other ongoing road and rail projects, PAREX will enable us to keep up with the demands of economic development, population growth and the need to protect the environment.”

Amata to develop another smart and eco city in Laos
Sep 24,2022