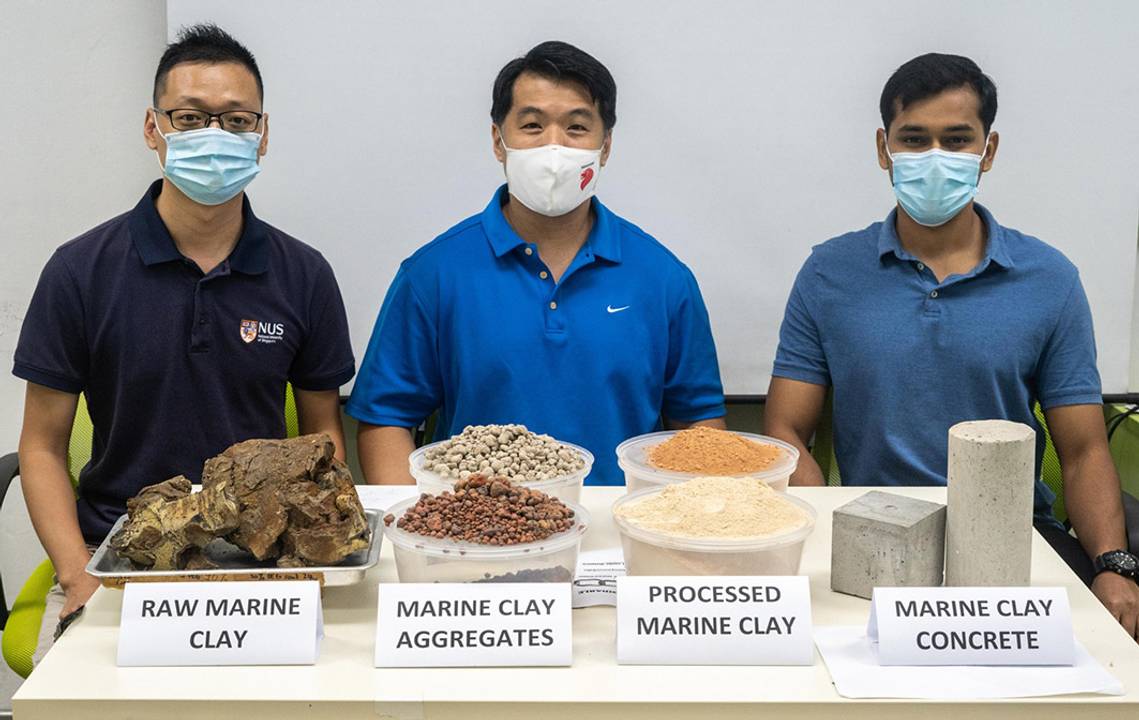 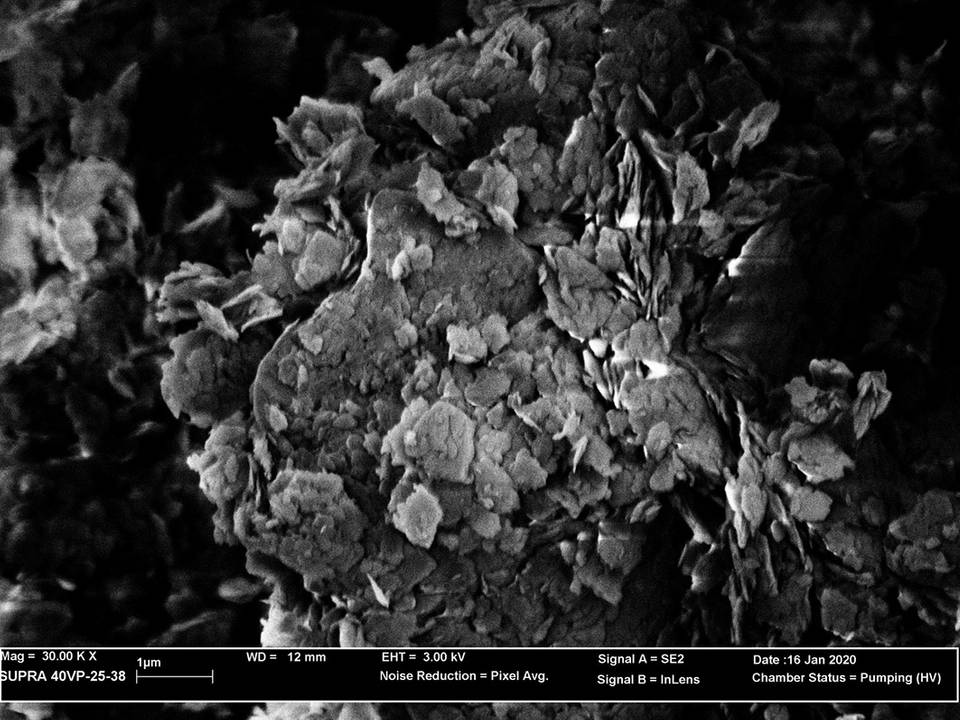 An electron microscope image of the waste clay after being heated to 700°C.
Singaporeconcreteindustry research
Views: 72

Singapore is undergoing urban development at a rapid rate. Inevitably, this requires vast amounts of concrete, which in turn, creates a huge demand for water and sand – resources that the country lacks. But now, the National University of Singapore (NUS) has come up with an innovative solution to this pressing problem.

Associate Professor Pang Sze Dai and his team from the Centre for Advanced Materials and Structures at the NUS Civil and Environmental Engineering have conducted a study, published in Construction and Building Materials on 10 December 2020, which showed that they could drastically reduce the amount of sand needed in the concrete mixture by using a common clay material that can easily be obtained as waste from excavation works.

The researchers first obtained excavated waste clay from construction sites in Singapore. The waste clay was heated to 700°C to ‘activate’ the clay to enhance the bonding ability in concrete. The activated clay was used to replace up to half the fine sand powder typically used in concrete.

The researchers were then able to produce ultra-high performance concrete (UHPC) - an incredibly strong type of concrete that can reduce the size of the structural elements, and potentially reduce the amount of concrete used.

Replacing the fine sand powder is highly advantageous as this material is expensive, has a large carbon footprint, and is carcinogenic with prolonged exposure since it contains silica. In addition, the NUS team also found that replacing part of the sand filler with activated waste clay did not have a significant effect on the strength of the UHPC.

Tunnelling and foundation works, which are common in Singapore, generate a large amount of excavation waste materials. Disposing of this waste clay is problematic as land-scarce Singapore has limited available space for landfill.

“Our discovery not only reduces the consumption of valuable resources but also promotes a circular economy with the utilisation of waste clay. It opens an avenue to transform this waste into a potential resource,” explained Assoc Prof Pang.

According to NUS, this is the first time low-grade waste clay has been used as fillers in concrete. “Globally, low-grade clay is abundant. Its multi-faceted utilisation in concrete as fillers can not only help curtail the carbon footprint of concrete but also reduce the cost of concrete production,” said Assoc Prof Pang.

The team is now looking into using waste clay for more concrete applications. Their latest work published in the Journal of Cleaner Production on 1 February 2021 has shown that the use of waste clay resulted in substantial improvement in the durability of concrete. This means that by incorporating waste products to improve the circular economy, the team can also improve the performance and longevity of concrete.

Besides the use of waste clay, the NUS research group is further exploring other waste materials to replace the filler in concrete, and the use of sea-water and sea-sand to reduce the reliance on valuable freshwater and river sand imports in Singapore.

“My team and I are also looking at partially replacing cement with waste clay. By using concrete as a carbon capture material, we can further reduce its carbon footprint,” said Assoc Prof Pang.

“These environmental considerations led Assoc Prof Pang and his team to focus their efforts on developing greener, more sustainable concrete, with an aim to reduce this immense impact.”