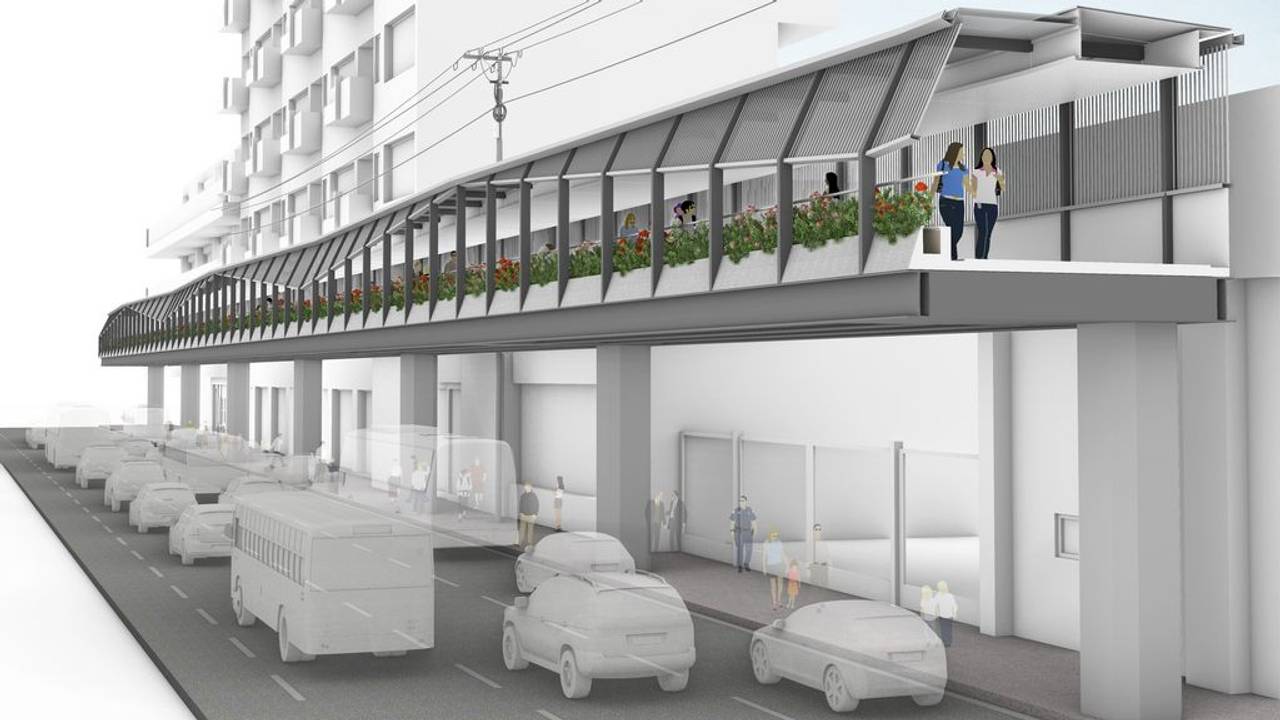 The EDSA Greenways Project will help the government construct 5 km of covered walkways, which will be linked to mass transit stations along EDSA, namely the Balintawak, Cubao, Guadalupe, and Taft stations. The 5-m-wide structures, equipped with elevators and monitoring systems, will be easily accessible for pedestrians, including the elderly, pregnant women, young children, and people with disabilities.

“The EDSA Greenways Project is an integral part of the government’s transport strategy to make Metro Manila a better place to live, work, and visit,” said Hiroaki Yamaguchi, ADB’s Southeast Asia transport and communications director. “This project is an important part of our contribution to helping make that vision a reality for Filipinos.”

“This project will encourage more Filipinos to switch from private vehicles to public transport, which is being strengthened with the North-South Commuter railway, the Metro Manila subway, and the upgraded Light Rail/Metro Rail Transit systems. The project, to be built with cutting-edge technology for cantilever overhead walkways, will provide safe, inclusive, and equitable access for commuters while lowering CO2 emissions,” said Shuji Kimura, ADB’s senior transport specialist for Southeast Asia.

Metro Manila is considered the most congested city in Asia in terms of population, land area, and length of road networks, based on ADB’s 2019 Asian Development Outlook. Annual average daily traffic on EDSA reached 405,882 vehicles in 2019, up about 6% from 383,828 in 2018, according to the Metro Manila Development Authority, a government agency.

ADB said the project will support Metro Manila’s recovery from the Covid-19 pandemic. It is expected to create much-needed jobs during the construction period, with Php3 billion (US$61 million) to be spent on local raw materials. The civil works contracts for the project are planned to be awarded during the first half of 2021.

The project, including improving existing walkways and building new elevated walkways, is expected to cause minimal traffic disruptions. According to ADB, an international consulting firm has been hired to work on the project’s feasibility study with the Department of Transportation, with funding from ADB’s Infrastructure Preparation and Innovation Facility.

The project will also be supported by a US$15 million loan from the Association of Southeast Asian Nations (ASEAN) Catalytic Green Finance Facility, which will be administered by ADB.