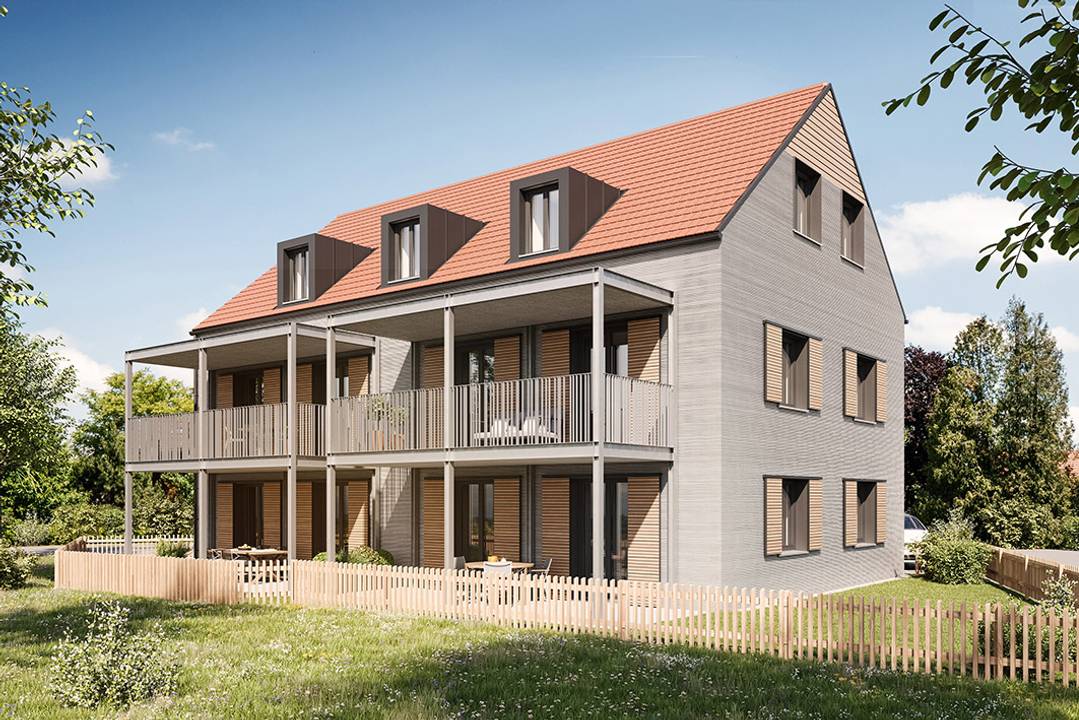 The on-site 3D printed three-storey apartment building in Wallenhausen, Germany, is believed to be the first of its kind in the country and globally, and is another milestone towards 3D construction printing technology becoming more mainstream. Peri, the German distributor of COBOD’s 3D construction printers, revealed the project at a press conference in Wallenhausen yesterday (17 November 2020).

This is not a research nor demo project but is made for profit, said COBOD in its statement. Upon completion, the 380 sq m commercial apartment building will be owned by local construction company Michael Rupp Bauunternehmung GmbH. It will consist of five different apartments, which are planned to be rented out.

Sebastian Rupp, future managing director at the family owned Michael Rupp Bauunternehmung commented, “We believe that this new technology has enormous potential for the future, and we want to help shape that future. Despite the traditional nature of our craft, we are also innovative and do not shy away from new challenges – quite the opposite in fact.”

On the project, Peri is using COBOD’s BOD2 3D construction printer for the printing of the walls. The BOD2 features a modular build and can be extended in any direction with modules of 2.5 m. For this new building, Peri has chosen a BOD2 of 12.5 m wide, 20 m long and 7.5 m high. See the video of the project here.

The BOD2 printer provides a maximum speed of 100 cm/sec, equivalent to printing or casting 10 t of concrete per hour, with only two operators of the printer required. The BOD2 has also been used to make large concrete structures such as the world’s first 3D printed windmill tower of 10 m, which COBOD delivered under a long-term cooperation with GE Renewable Energy.

“The BOD2 is a very flexible printer. For this print Peri has chosen to use a long printer, whereas we used a much shorter but taller printer for printing of the 10-m tower for GE. This was the whole idea behind the modular design of the BDO2 printer - it is always possible to find a size that meets the customers need,” explained Henrik Lund-Nielsen, founder and general manager of COBOD.

He added, “We are incredibly pleased, that we are beginning to see the fruits of the many 3D construction printers we have sold. The actual building projects have been delayed by the coronavirus, but now they start to be revealed. This new German project is really a great milestone as the commercial nature of the building proves the competitiveness of the 3D construction printing technology for three-floor buildings and apartment buildings. This, again, opens entirely new markets for our printers.”

“We are very confident, that 3D construction printing will become increasingly important in certain market segments over the coming years and has considerable potential,” said Thomas Imbacher, innovation and marketing director at Peri GmbH. “By printing the first apartment building on-site, we are demonstrating that this new technology can also be used to print large-scale dwellings units. In terms of 3D construction printing, we are opening up additional areas of application on an entirely new level.”