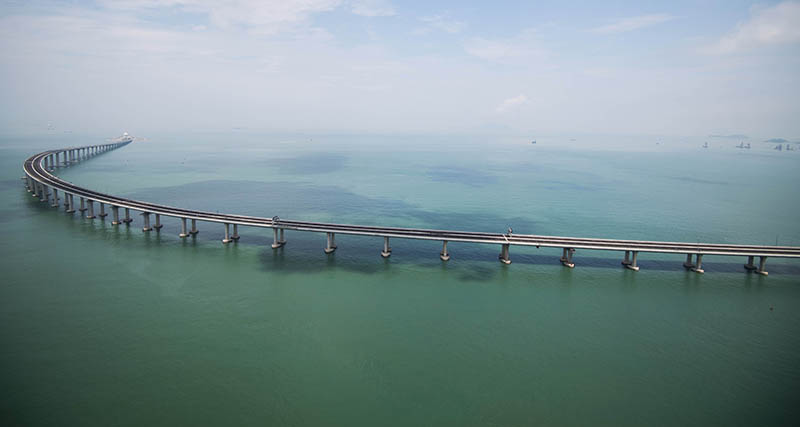 The world’s longest bridge and tunnel sea crossing – the Hong Kong-Zhuhai-Macau Bridge (HZMB) – has been officially opened, bringing major cities in the Pearl River Delta within easy reach. It also shortens the journey from Hong Kong International Airport to Zhuhai from four hours to just around 45 minutes.

The 55-km-long HZMB comprises the 12-km Main Bridge, 29.6-km Hong Kong Link Road and 13.4-km Zhuhai Link Road. It is spanning the sea from an artificial island near Hong Kong International Airport to Macau and the mainland Chinese city of Zhuhai. The bridge is designed to last 120 years, about two decades longer than the lifespan of most major cross-sea bridges.

Global engineering firm Arup was involved in the project. The company provided a range of services ranging from the preliminary design for the Main Bridge in the Zhuhai waters to environment-friendly reclamation solutions for the Hong Kong Boundary Crossing Facilities artificial island, as well as the tender and construction of the complex Hong Kong Link Road. Arup also undertook the feasibility study and detailed design for the Tuen Mun-Chek Lap Kok Link Northern Tunnel and Southern Connection Viaducts, preliminary and detailed design for the Macau Link Road and the infrastructure works of the Macau Boundary Crossing Facilities. 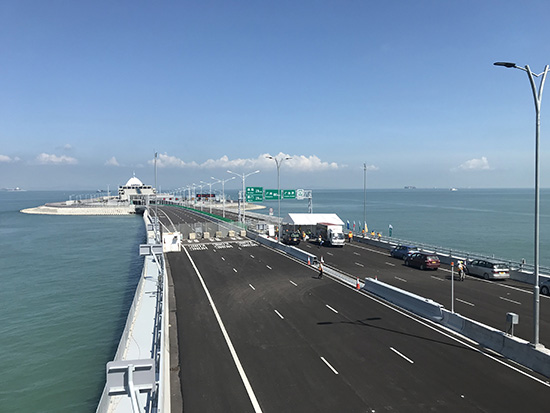 Above: The section of Hong Kong Link Road that is connected to the Main Bridge at Hong Kong Boundary. (Image: HKTB) 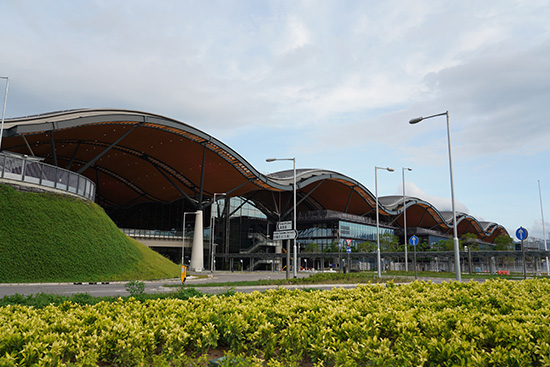 As the bridge is located in a hot and humid environment with high exposure to seawater, it requires a waterproof and anti-rust deck system. Due to this, Gussasphalt technology has been applied to the project. It features high temperatures of 220-230°C, with high percentage of asphalt and up to 30% of added mineral fillers.

Developed by Linnhoff & Henne, Gussasphalt technology is considered one of the best solutions for paving steel deck bridges, industrial flooring, tram track construction, and sealing because of its light weight and durability for heavy traffic use. According to the company, Gussasphalt pavement is thinner and about 55% lighter compared to normal hot mix asphalt, making it ideal for use on bridges. The technology has also been used for the construction of the Autobahn (federal highways) in Germany. 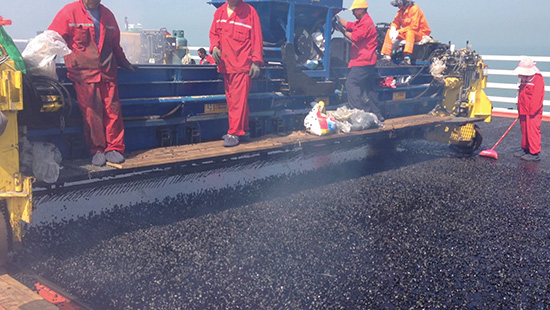 Above: Gussasphalt technology was used for road surfacing to ensure the durability of the HZMB bridge.

After the bridge’s steel deck surface was paved with Gussasphalt, it was topped with a layer of stone mastic asphalt (SMA). Both the Gussasphalt and SMA were produced by two Lintec CSM4000 containerised asphalt mixing plants working on site. The project also required 22 Gussasphalt cookers and two finishers. The cooker was equipped with heating, mixing and transporting functions. It could maintain the temperature and mix the Gussasphalt continuously while being transported to the paving site. The finisher was also needed because Gussasphalt is highly viscous. 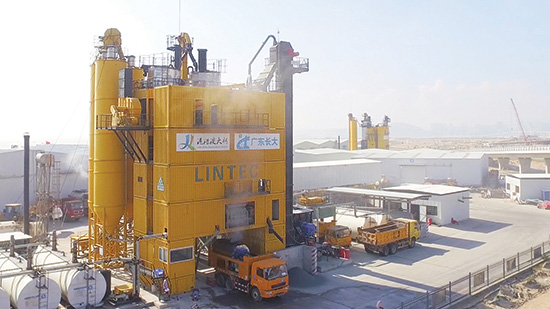 Above: Lintec CSM4000 asphalt mixing plants worked on the Zhuhai site to produce the Gussasphalt as well as stone mastic asphalt.

Constructing and waterproofing such a high-profile bridge is not without its challenges. Not only did the bridge deck waterproofing solution need to meet the strict construction and technical compliance of three government authorities (Mainland China, Hong Kong and Macau), complete stringent lab-testing, but the product also had to be available in large volumes and delivered within a tight deadline. 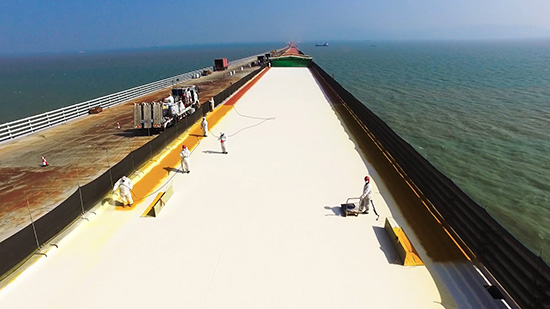 Above: The Eliminator waterproofing system from GCP Applied Technologies was applied on the project (Image: ACPEL Ltd)

The Eliminator waterproofing system is designed for easy installation. Two coats of waterproofing membrane were applied to three steel sections of the bridge. The first coat was a distinctive yellow followed by a second coat that is white. The cold-spray-applied system is fast, effective and able to seal complex, critical details and penetrations with ease.

The Eliminator system forms a tough, flexible and seamless membrane with no vulnerable joints, allowing it to perform throughout the design life of a structure while simultaneously reducing maintenance costs. According to GCP, its installation causes minimal disruption and it is capable of supporting traffic just an hour after application. The system allows for wet film thickness gauge checks to ensure the specified film thickness is achieved across the area before curing.

Other parts of the bridge also harnessed GCP products. On the boundary crossing facility in Hong Kong, for example, the Ice & Water Shield self-adhered roofing underlayment was applied to protect the roof from the tropical rain that can sometimes turn torrential. On the tunnel running deep under the Lingding Ocean, the Preprufe pre-applied waterproofing membrane and Bituthene post-applied waterproofing were selected to safeguard several tunnel passageways, including at the Hong Kong boundary crossing facilities and staff subway section. In addition, Adva high-range water-reducing admixtures were used on the concrete portion of the bridge, to enhance the concrete’s durability.

For more information on the HZMB bridge, check out these links: www.hzmb.hk (Hong Kong section) or http://hzmb.org (China section) 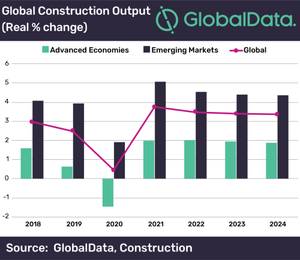 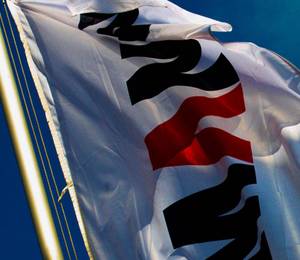 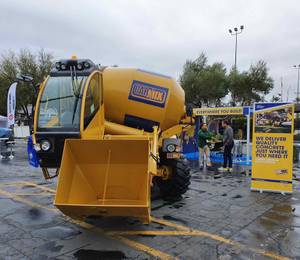 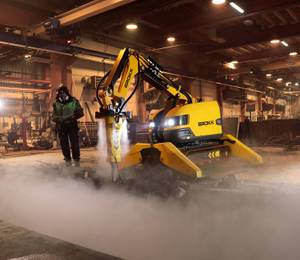 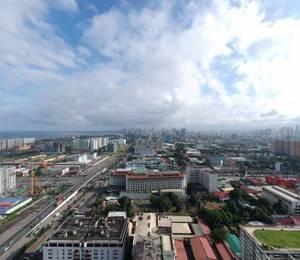