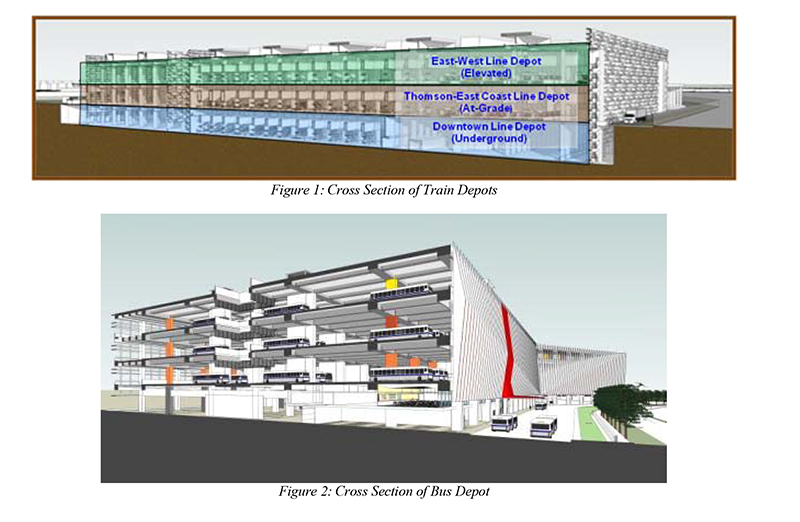 Some of the engineering challenges on the project. (Photo: LTA)
Views: 507

Work has started on Singapore’s Thomson-East Coast Line (TEL) East Coast stretch, Downtown Line 3 Extension (DTL3e) and the East Coast Integrated Depot. When completed, the 13-km East Coast stretch of the TEL will connect commuters living in the eastern parts of Singapore who are not directly served by the rail network currently, such as those in Tanjong Rhu, Marine Parade and Bedok South, to the heart of the city.

As part of the 43-km long TEL, East Coast residents will also be connected to the north-south corridor. The TEL will strengthen the connectivity and resilience of Singapore’s rail network by providing alternative travel routes for many more commuters on the existing lines. The East Coast stretch will have nine stations, including one interchange station with the DTL3e at Sungei Bedok.

In addition to the previously announced alignment of the TEL, the Land Transport Authority (LTA) is further studying extending the TEL from Sungei Bedok station to the future Changi Airport Terminal 5, and then connecting to the existing Changi Airport MRT station on the East-West Line. With such an extension, commuters would enjoy a direct connection between Changi Airport and the city. If feasible, this extension would be operational together with the opening of the new Terminal 5.

The East Coast Integrated Depot will stack three train depots together, with a bus depot built next to them. The entire depot will be housed within a single site of 36 ha, thus saving 44 ha of land, or an area of approximately 60 football fields. The integration of four depots is unprecedented. The main train depot building will span over 1 km and consist of 18,000 precast beams, each up to 20 m long and weighing up to 45 t.

The entire East Coast stretch of the TEL will also be built on reclaimed land. Due to the extremely soft seabed underlying the reclaimed land, deeper diaphragm walls will be built into the soil to ensure the stability of station structures. These walls will be 60 m deep, or extending 20 storeys underground, compared to 25 m which is more typical of walls used for construction on non-reclaimed land.

In addition, the construction of Tanjong Rhu station will involve the construction of a cut-and-cover tunnel above the Kallang-Paya Lebar Expressway (KPE) tunnel. The clearance between the roof of the KPE tunnel and the base of the cut-and-cover tunnel will only be about 40 cm. Steel sheet piles will be driven into the ground to retain the earth and ensure the stability of both tunnels. In addition, the excavated surface will be stabilised with steel rods to minimise ground movement.

The East Coast stretch of the TEL will be completed in two stages. The first seven stations from Tanjong Rhu to Bayshore will be ready in 2023, while the remaining two stations, DTL3e and the East Coast Integrated Depot will be completed in 2024. When fully operational, the TEL, including the northern stretch, is expected to serve about 500,000 commuters daily in the initial years, rising to one million commuters daily in the longer term.