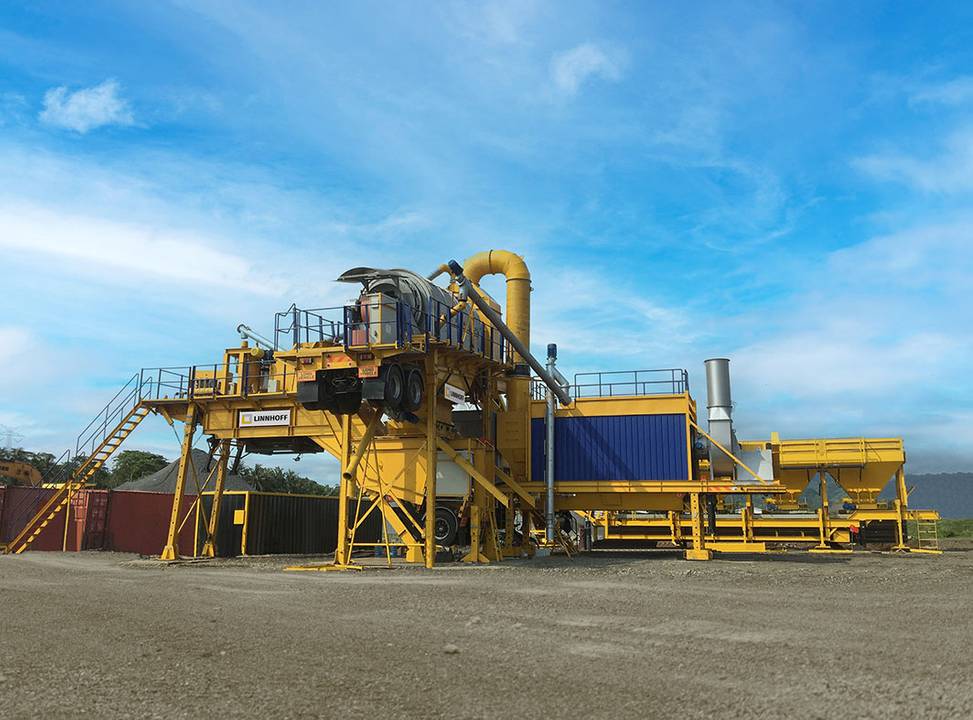 The asphalt plants contributed to airside infrastructure over the tight eight-month construction plan. 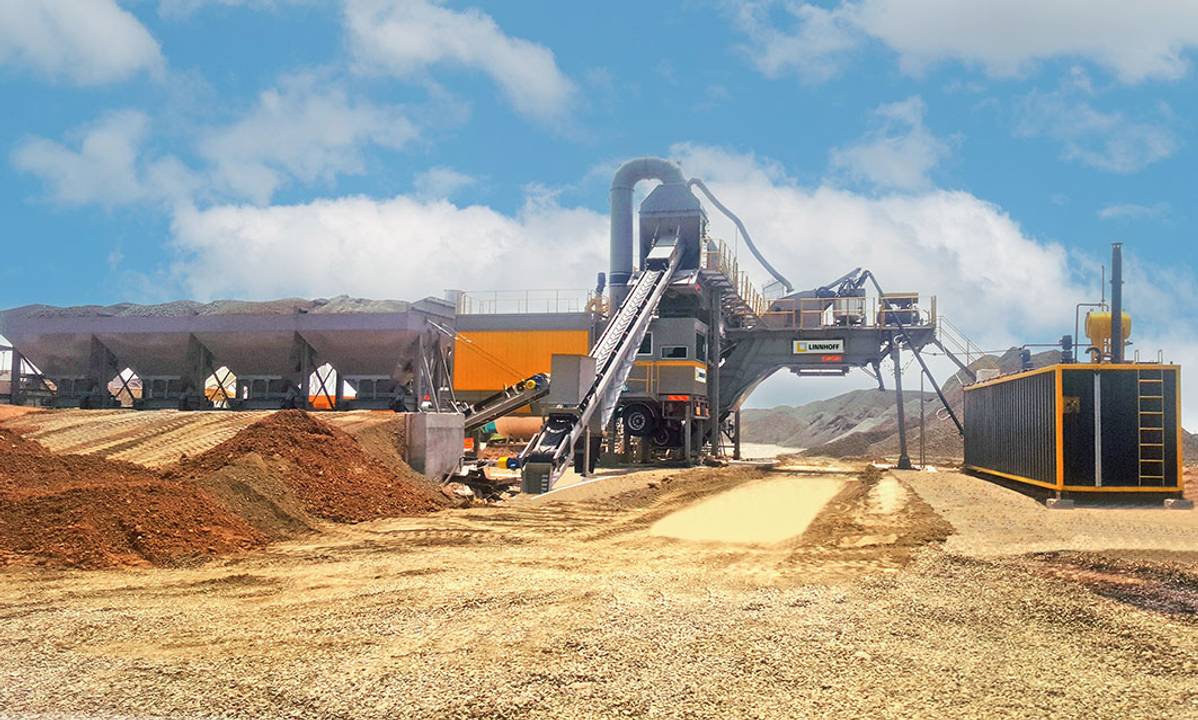 The Linnhoff TSD1500 installed close to the airport produces high-quality asphalt at 90-100 t/hr. 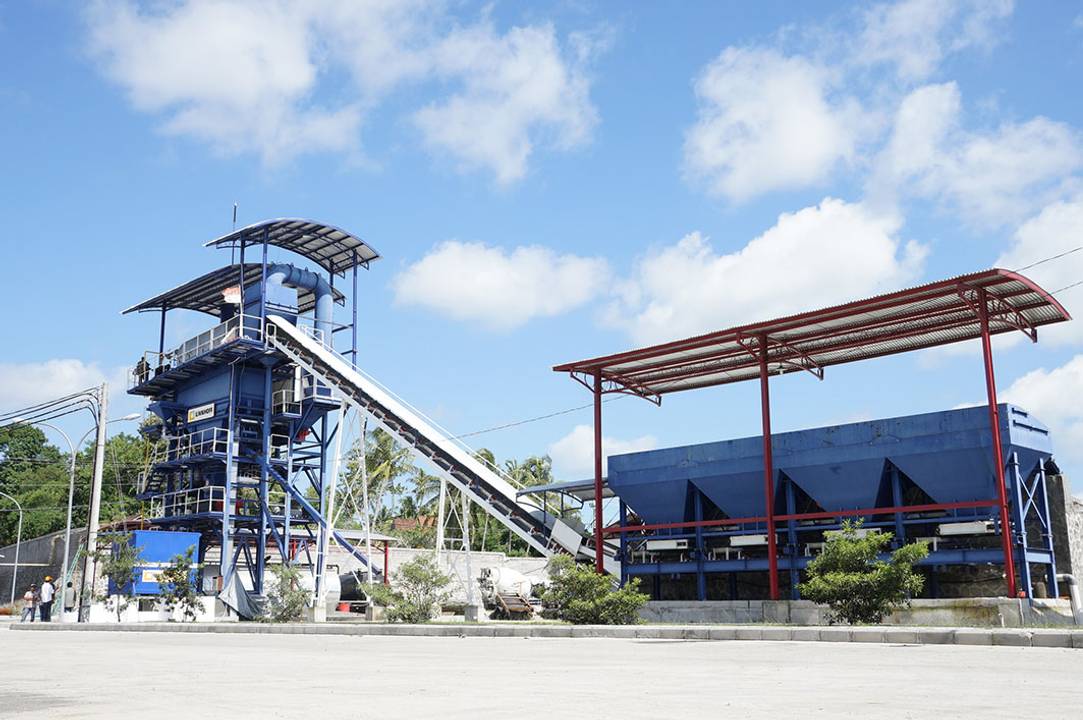 YIA opened for its first day of full operation on 29 March 2020, just as Covid-19 restrictions were beginning, but still managed to welcome 115 flights to its new runway on its opening day. In fact, the airport had been running limited operations since May 2019.

“Given the tight schedule, the contractors had no room for errors or issues with the supply of hot mix asphalt,” said Lee Yen Meng, CEO at Lintec & Linnhoff Asphalt Pte Ltd. “The production capacity, precision and reliability of our TSD1500 and CMX1500 were key factors in the contractors’ selection, ensuring they wouldn’t face penalties by failing to bring this vital project in on time. In the end, our clients were satisfied with the productivity of Linnhoff asphalt plants for this project as they were able to complete the runway within six months after the planning stage.”

In particular, the TSD1500 is a perfect choice for time-sensitive projects like this, because of its full mobility feature that allows for rapid relocation. Each of its four main mobile modules – cold feeder module, screen drum module, weighing and mixing module, and baghouse and control cabin module – incorporates a built-in chassis, so that only a prime mover is required for fast mobilisation.

Once it arrives on-site, no heavy-concrete foundations are required and its hydraulic powerpack with self-jacking support simplifies setup by eliminating the need for heavy cranes. Pre-installed cables for quick-coupling the modules maximise the plant’s plug-and-play convenience.

“Another advantage of the MobileMix series in active airports is their compact dimensions,” added Mr Lee. “With a low profile, they conveniently conform to any height restrictions, allowing them to be installed within the airport vicinity for greater production reliability and more economical operation.”

Being the mid-sized offering in the three-model MobileMix range, the TSD1500 produces homogeneous asphalt in high-quality batches at a productive rate of 90-100 t/hr. The CMX1500 delivers the same high productivity performance as the TSD1500.

Although generally intended for longer-term projects, the CMX series also offers a prefabricated, modularised structure for quick and easy setup, with each module specially designed to enable economical transport in shipping containers.

The CMX series uses the same double screen drum technology as the TSD series to eliminate the need for hot elevator and vibrating screens. These screen drum asphalt plants reduce overall operating costs significantly in terms of both maintenance and fuel consumption. This environment-friendly approach is complemented by a pollution control unit that uses an ambient-air cleaning system to filter dust and clean exhaust gas before it is released into the atmosphere.

The Yogyakarta airport’s runway was completed within six months and the whole airport was completed in just 20 months after land clearance began in July 2018, earning the development three awards from the Indonesian World Records Museum. The awards were for: Airport with the Most Concrete Usage, Airport with the Fastest Airside Zone Completion, and Fastest International Airport Construction Development.

Featuring an early detection system for earthquakes, tsunamis and extreme weather events, the airport’s structure can withstand an earthquake with a magnitude of up to 8.8 on the Richter scale and 12 m-high tsunami waves. With an apron covering 371,205 sq m, it is equipped with five fixed bridges, while its 12,000 sq m cargo terminal has a capacity of 40,300 t/yr. A three-storey, 137,280 sq m parking garage can accommodate thousands of vehicles.

At 3,250 m long (just over 1 km longer than JOG’s runway), and 45 m wide with 15 m shoulders, YIA’s runway is now able to accommodate larger, heavier aircraft such as the Airbus A380. With 22 parking stands and a capacity for 28 aircraft movements per hour, the new airport fully expects to meet its target of 20 million passengers annually.

The Yogyakarta region has long been one of Indonesia’s main tourism centres, receiving millions of domestic and international visitors annually. The addition of a world-class airport is expected to encourage this further – along with the creation of alternative tourism attractions.

“Of course, it’s really satisfying to see our mixing plants perform flawlessly and with the highest productivity, but one of the best parts of my job is seeing the positive impact they help create for local communities,” concluded Mr Lee.

“Sometimes I’ll return to a town where Lintec & Linnhoff machines worked a few years earlier, and it is incredible to see the effects of it on the local economy. Once the travel industry returns to pre-Covid capacity, I’m sure the excellent work of our asphalt plants at Yogyakarta will be truly appreciated.”