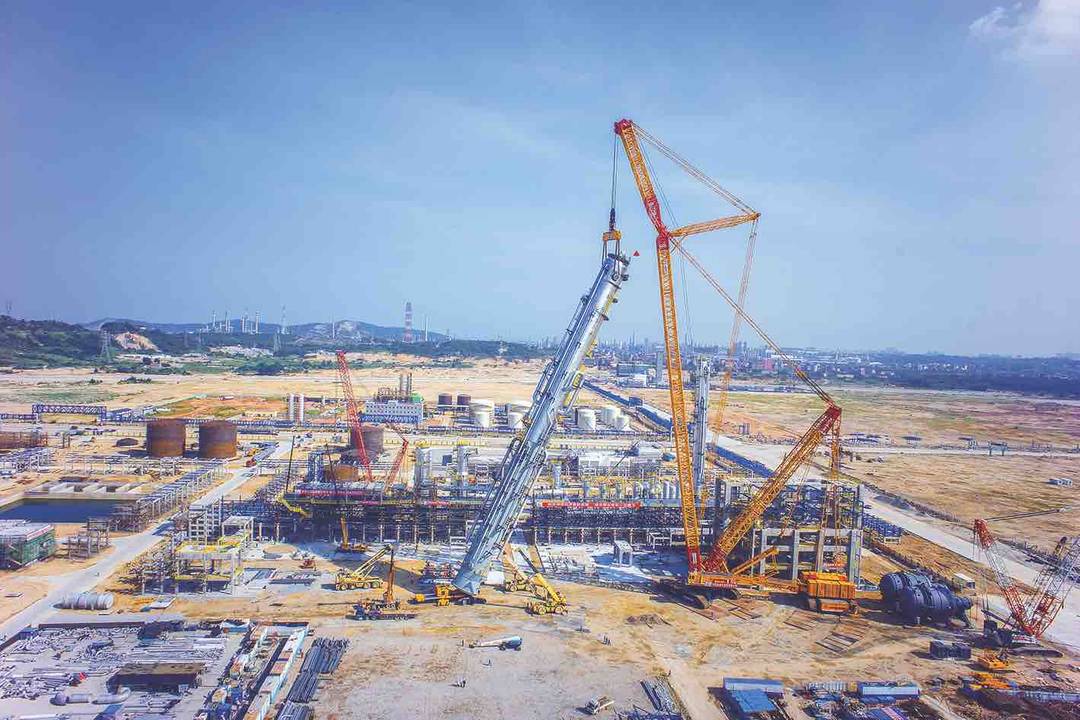 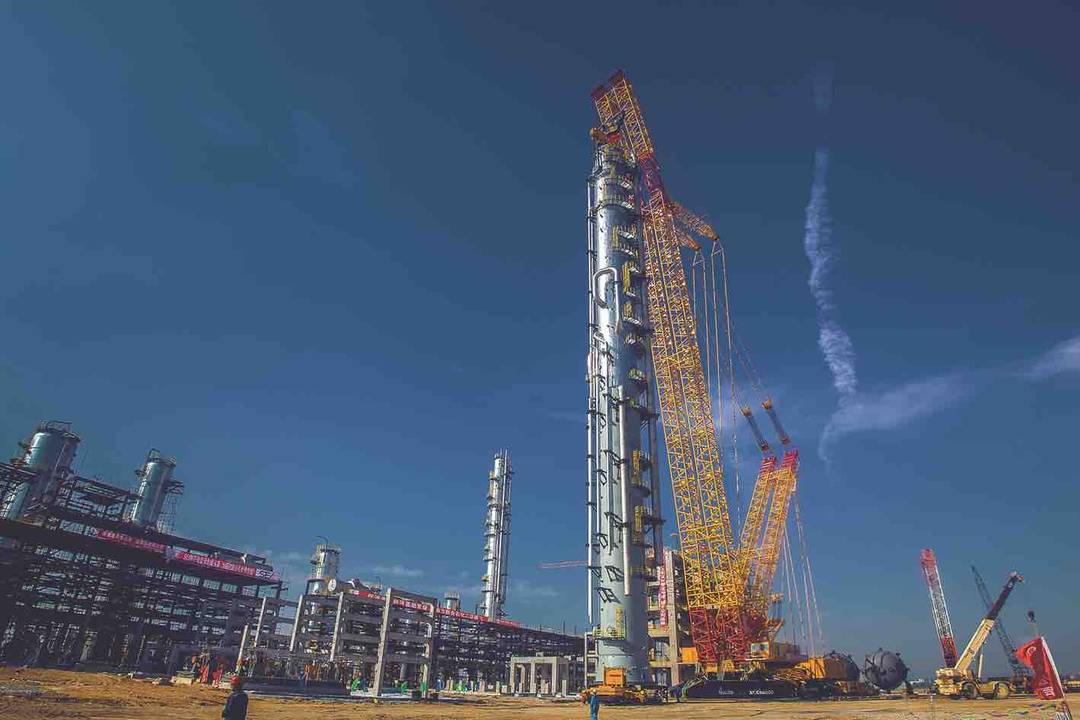 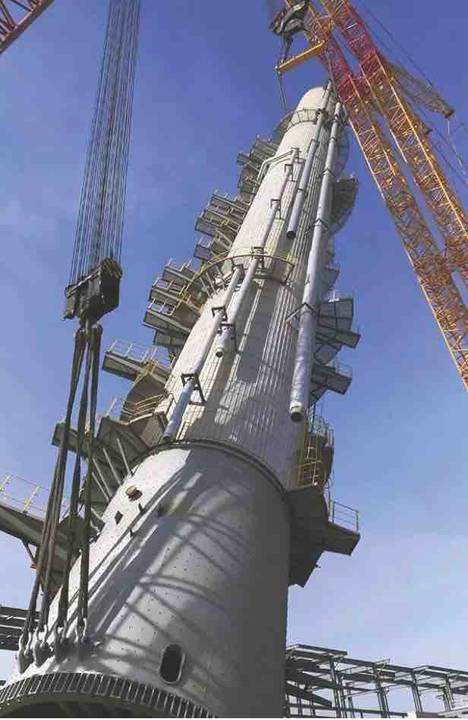 The 4,000-t XCMG XGC88000 crawler crane has recently completed a major lifting operation at one of petrochemical industrial parks in China. The complex is currently under construction in the city of Dalian, and the crane is also helping with other lifting works on site.

The XGC88000 is said to have overcome many technical difficulties, including being involved in a dual-crane teamwork. Through a combination of components, the crane can be transformed into a 2,000-t unit. This feature improves the efficiency of the entire machine and maximises its benefits for the customers.

XCMG’s large cranes have been widely used to lift heavy structural parts, some of which have reportedly set new world records. Among them are the 4,000-t crawler crane together with a 1,100-t tailing machine, which have worked together in over 60 lifting operations totalling 1,500 t in Shandong, Fujian and Ningxia, and their total lifting weight was more than 30,000 t – this has created a new world record in engineering application of a single mobile crane that lifted 2,300 t at a time, said XCMG.