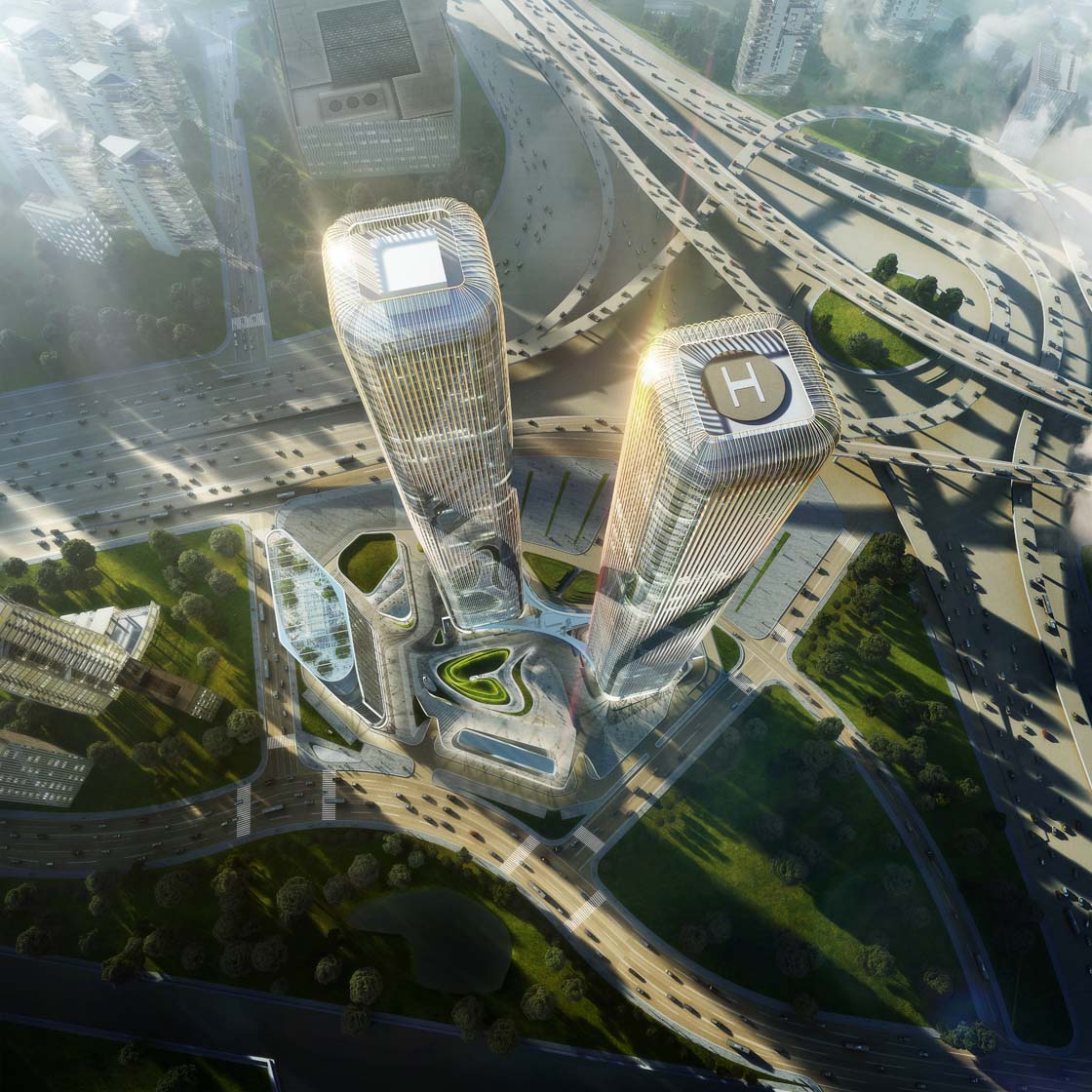 Sydney, Australia – LAVA’s masterplan for the mixed-use development consists of five buildings housing offices, residential, and retail. It features fluid building masses, improved positioning of the towers from different viewing directions, logical pedestrian movement and the removal of cars from the complex.

The twin towers form an iconic entrance to the city of Hangzhou. The high-rise towers are an interpretation of the Chinese characters meaning ‘gate’ or entrance to a city. Utilising extensive view studies the tower ensemble was positioned so it is recognisable as a twin structure, a gate, from both near and far. LAVA articulated the façade as two groups of long vertical fins wrapped around the buildings, a shimmering façade of fins. Fluid lines create zones within the tower elevations, whilst different colours of glass and varying depths of vertical fin elements generate refracted light effects animating the façade.

Construction on the twin towers starts in 2017, and the other buildings are under construction now.