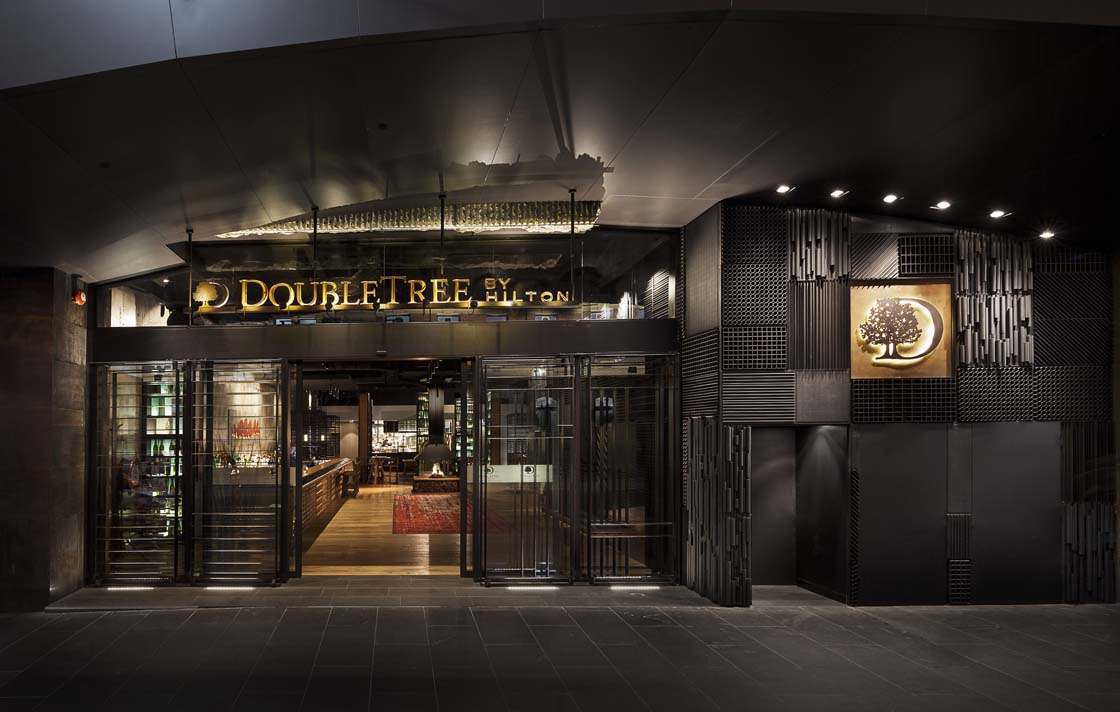 London, UK – The recently refurbished DoubleTree by Hilton Melbourne – Flinders Street has emerged as the winner of the 2015 World Interior News Awards (Hotels Category) at an exclusive awards ceremony at the Sky Garden, London.

With its uniquely Melbourne aesthetic and design elements inspired by the iconic neo-classical Flinders Street railway station, the M&L Hospitality-owned hotel beat 47 nominees including the much talked about 1 Hotel South Beach, Miami and captured the imagination of the highly-experienced panel of international design industry professionals.

The hotel’s redevelopment project, completed in December 2014, involved a complete refit of the external façade, lobby, restaurant, 180 guest-rooms and bathrooms, and the public areas of all 12 levels. Driven by M&L Hospitality, the refurbishment was led by Michael McCann of interior design firm Dreamtime Australia Design and Melbourne-based Melissa Chen of interior design firm Mill Interiors.

Forgoing a conventional hotel entrance, the external façade of DoubleTree by Hilton Melbourne echoes an industrial street vibe, featuring steel panels with differing profiles. The hotel rooms are a modern interpretation of grand train travel of the past. Victorian details of Flinders Street Station such as the subway tiles, simple typography, the conversion of train lines leading into a central location and bluestone laneways are all referenced throughout the rooms. Traditional elements of travel reminiscent of train carriages include vintage leather luggage in the drawer pulls and simple open wardrobes incorporated into guest rooms. The most striking design element is the use of the decorative detail of drapery within train carriages, which is translated into the 3D painted timber headboard.