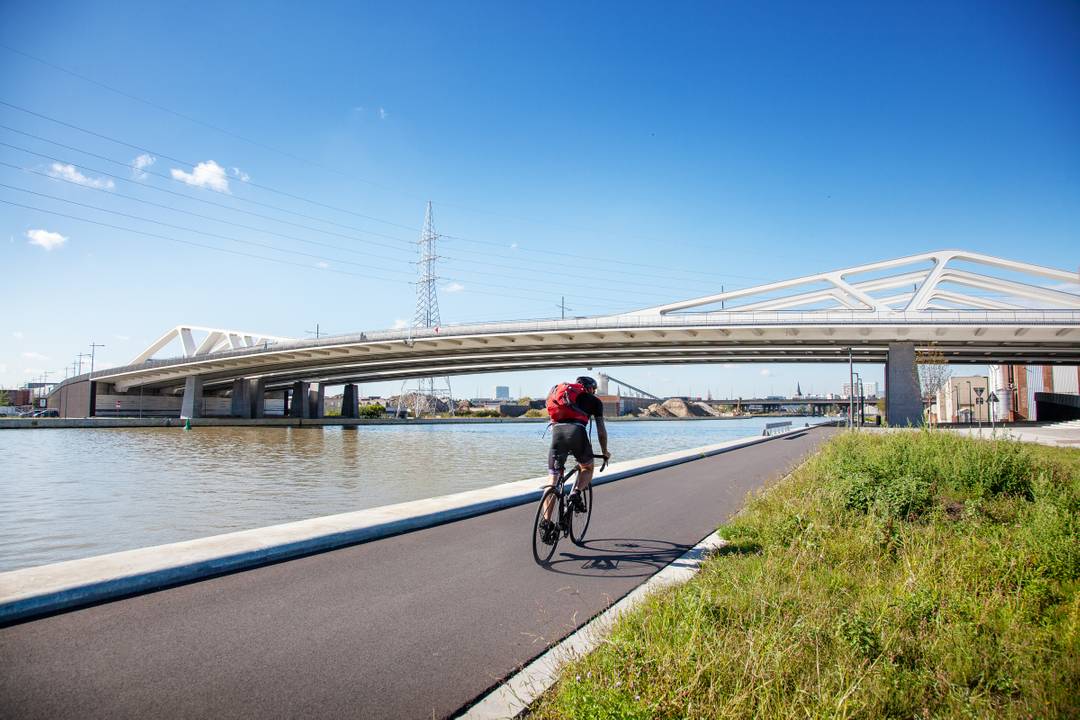 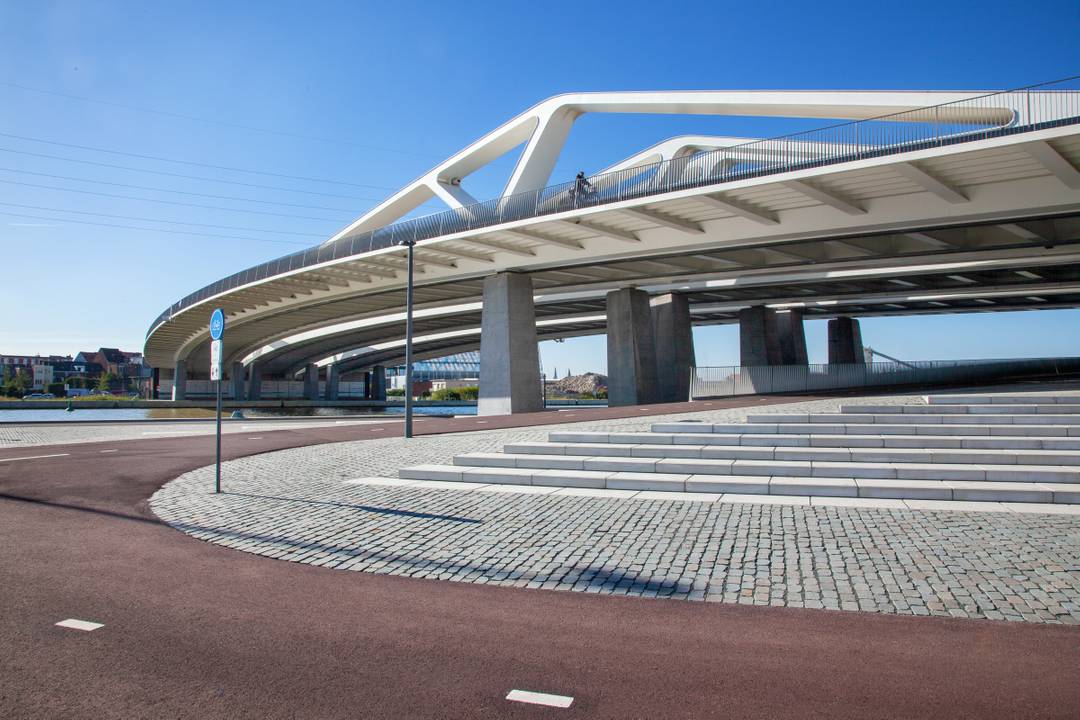 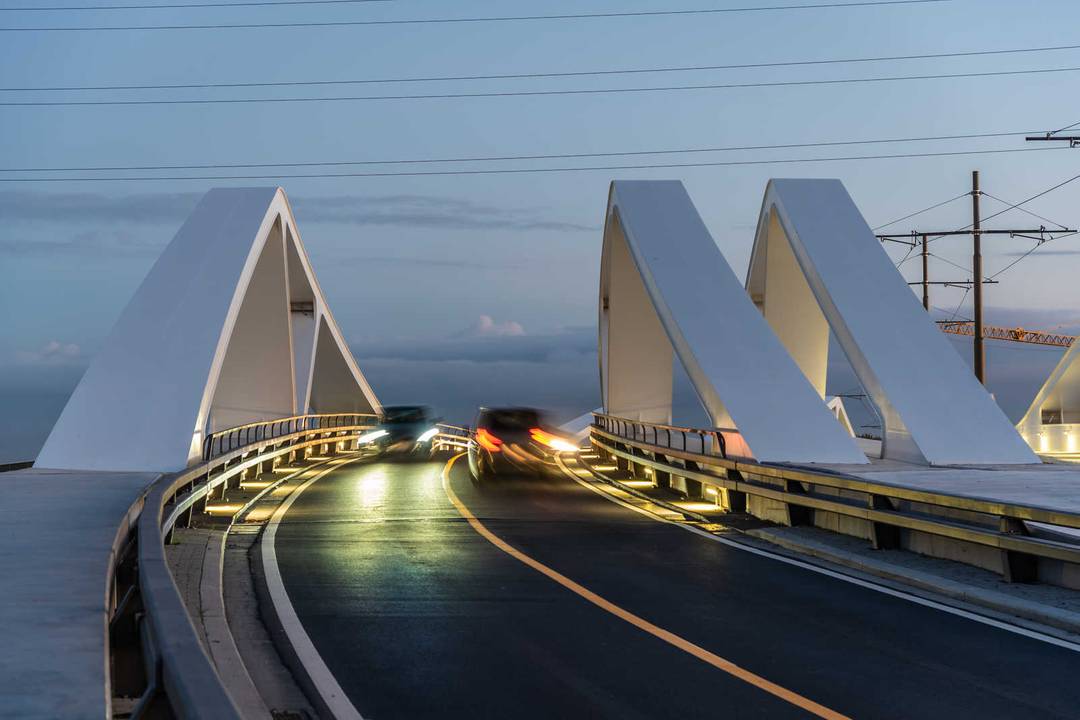 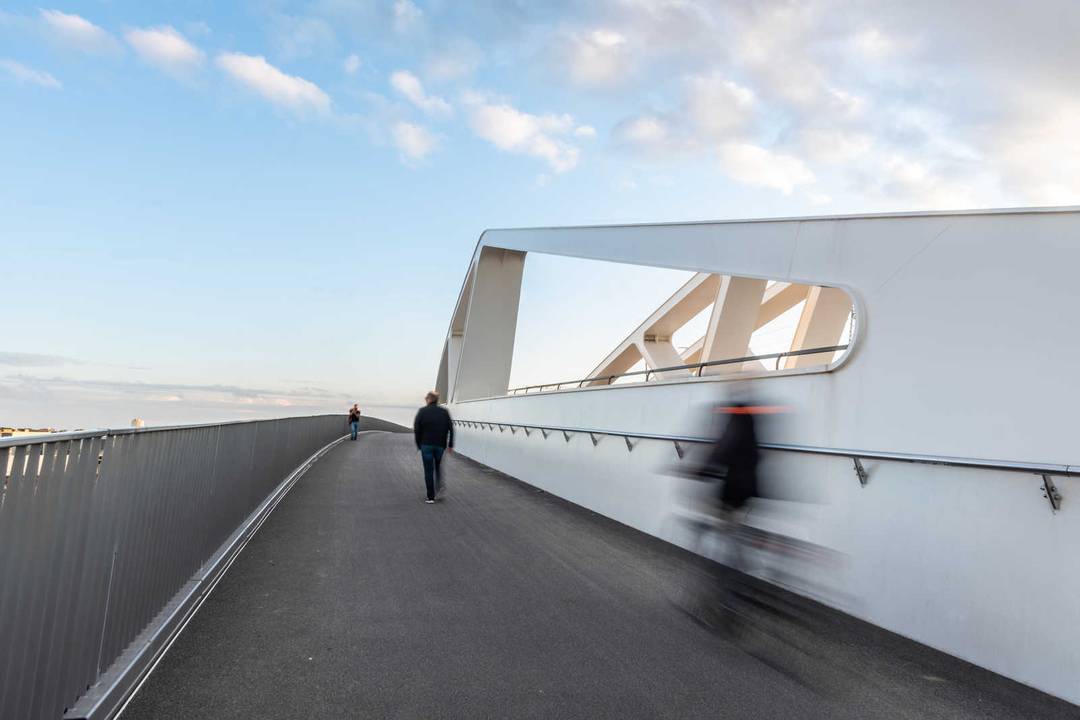 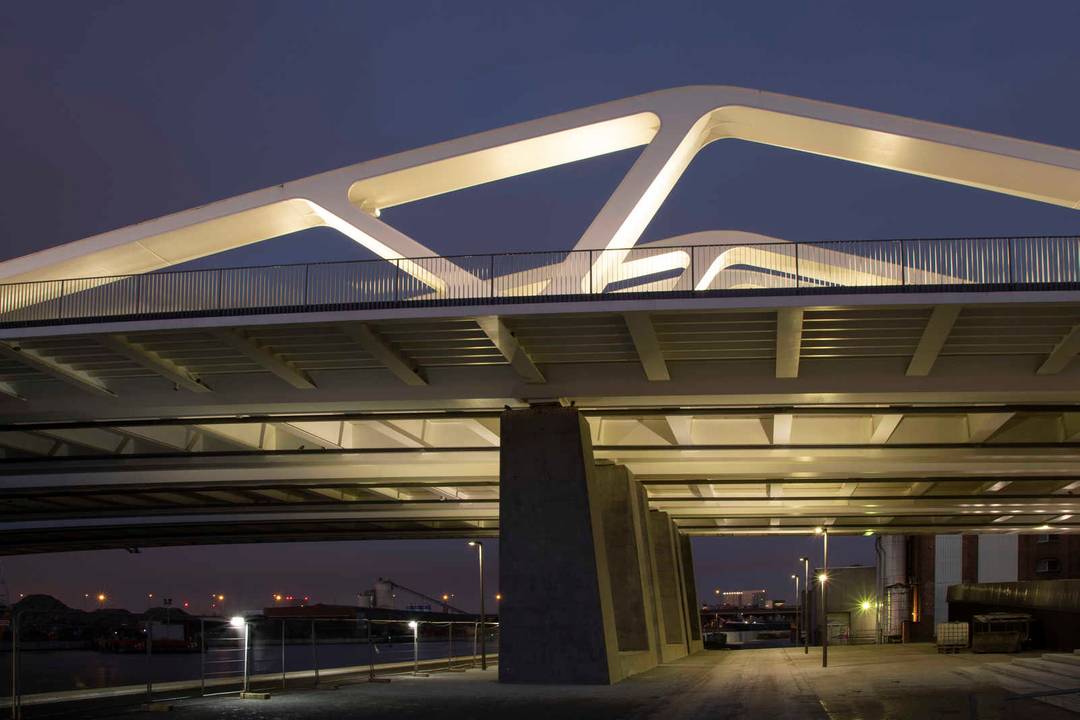 Amsterdam, The Netherlands – The Theunis Bridge that links Merksem with Deurne in Belgium has been awarded the prestigious Architecture MasterPrize for 2022. Commissioned by De Vlaamse Waterweg, architectural studio ZJA designed the new Theunis Bridge over the Albert Canal in collaboration with Arcadis, Sweco and OKRA Landscape Architects. A steel bridge in three parts, with an increased clearance height, it takes cyclists, cars and trams pleasantly and safely to the other side as if along a boulevard. With its dark pillars, dazzling white towers with an open structure and meticulous detailing, the new bridge is a striking presence in the urban landscape of Antwerp. The Theunis Bridge has won the award in the ‘Infrastructure’ category. The Architecture MasterPrize, an international American architecture awards, is regarded as a leading award in architecture.

Elegant eyecatcher over the Albert Canal

The new Theunis Bridge actually consists of three steel bridges side by side - two traffic bridges and a tram bridge in the middle - with the daylight having free play between them. The bridge is striking for its dark substructure and its white, open superstructure.

Ralph Kieft, architect and partner at ZJA, says, “We are extremely proud of this prestigious award for the Theunis Bridge. The V-shaped, upward-folded columns of the structure are a characteristic presence above pillars reminiscent of bridge towers or harbour cranes. The silhouette of the V-shape is asymmetrical and dynamic. Broad bicycle paths and footpaths hang like balconies on the outer sides of the bridge, giving cyclists and pedestrians the best view of the Albert Canal and its surroundings. The open shape of the iconic towers contributes to the effect, while the space under the bridge has become far more attractive and hospitable.”

Enjoyable to linger under the bridge

The canal banks and the passageway under the bridge have undergone a metamorphosis, resulting in a safe and pleasant urban space. The introduction of wooden seats, greenery and good lighting below and beside the bridge has created a safe, enjoyable place where you can sit on a bench and enjoy the water and the passing ships. This makes the new Theunis Bridge an improvement not just for shipping but for its users and its surroundings. A flowing link with a striking appearance that sets the tone for the further urban development and redevelopment of the area.

Increased clearance height and widening of the Albert Canal

The new Theunis Bridge is not merely an attractive link between opposite banks of the Albert Canal, it also has an increased clearance height. Carrying almost 40 million tons of goods per year, the Albert Canal is Flanders’ most important waterway. Container traffic in particular has grown strongly over recent years, but the low headroom of the old Theunis Bridge and the fact that the Albert Canal is at its narrowest here created a bottleneck. The new Theunis Bridge has a clearance height of 9.10 metres and the canal has been broadened to 63 metres wide. Inland vessels can now pass through safely even with containers stacked four high.