Singapore – Wallich Residence, the ultra-luxury residences by GuocoLand Limited (“GuocoLand”, and together with its subsidiaries, the “Group”), was named World Silver Winner in the Residence (High Rise) category at the 2022 FIABCI World Prix d’Excellence Award. The Award recognises projects that exemplify excellence in various areas such as architecture, design, functionality, construction and sustainability.

Located at the top of the 290-metre tall Guoco Tower, GuocoLand’s flagship integrated development and Singapore’s tallest building, Wallich Residence made waves when its 21,109 square feet triplex super penthouse was sold at a price of $73.8 million in 2019. It was again in the news when one of its four simplex penthouses was sold for $17.5 million in 2020, hitting an all-time high price of $4,987 per square feet at the time.

Ms Dora Chng, General Manager (Residential) at GuocoLand, said, “Wallich Residence is already known both locally and internationally for its ultra-luxury offerings. What adds to its desirability is that it is highly exclusive and, at the same time, it is in a prime location and offers residents great convenience and a host of amenities as part of a world-class integrated development. GuocoLand is proud that Wallich Residence has been recognised once again as a top quality development by an international body like FIABCI.”

Besides the 181-unit Wallich Residence, Guoco Tower also comprises 890,000 square feet of premium Grade A office space where top multinational companies have chosen to set up their regional headquarters, as well as six levels of retail offerings, an Urban Park and City Room spanning 150,000 square feet, and the 5-star Sofitel Singapore City Centre luxury hotel. The mixed use development is directly integrated to the Tanjong Pagar MRT station via its retail basement. Often referred to as a “vertical city”, Guoco Tower is also widely recognised for its placemaking efforts and for transforming the Tanjong Pagar district into a business and lifestyle hub.

“Since Guoco Tower and Wallich Residence were completed, GuocoLand has continued to push the boundaries for creating innovative integrated mixed-use developments that transform locations. Over at Guoco Midtown, our two condominiums Midtown Bay and Midtown Modern have also been recognised for excellence in different aspects – from its layout, landscape, and innovation, to its marketing – by other prestigious awards such as the EdgeProp Singapore Excellence Awards. Looking forward, we are excited to introduce Lentor Modern, our latest integrated mixed-use development that is directly connected to the Lentor MRT station. With our track record of developing quality integrated mixed-use developments, we are confident that Lentor Modern will achieve the same level of success as its predecessors such as Midtown Modern,” added Ms Chng. 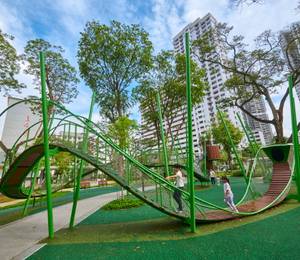 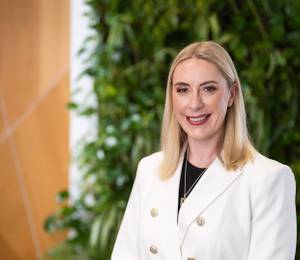