Berlin, Germany – The historic Berlin department store Kaufhaus des Westens (KaDeWe) opened the doors to the first quadrant of the masterplan designed by OMA. A concentric void spanning six floors holds a series of wood-clad escalators. At the base, in extension of the Tauentzienstraße main entrance, the void serves both as a retail and event space. Outside, a two-story-high shop window for analogue and digital presentations has been introduced on the corner of the Tauentzienstraße and Passauer Straße.

Rather than treating the existing building as a singular mass, the project introduces four quadrants which fragment the original mass into smaller, easily accessible and navigable sectors. With this project, OMA and KaDeWe address the accelerating shifts in consumer behavior and the challenges brought by online retail that are affecting the traditional department store.

OMA Partner Ellen van Loon said: “The renovation of the KaDeWe aims to redefine the dynamics between retail space, its patrons, and the urban environment, in a time when e-commerce is reshaping our relation with in-person shopping. The project reinterprets the fundamental elements of a typology that has remained virtually unchanged for more than 100 years.”

The masterplan and renovation of the Berlin department store, ongoing since 2016, marks OMA’s first project for KaDeWe Group. The project is led by Ellen van Loon and Rem Koolhaas, with Project Architect Natalie Konopelski. Van Loon is also undertaking the design of the new store by KaDeWe Group in Vienna.

OMA’s built projects in Berlin include the Axel Springer Campus (2020) and the Netherlands Embassy (2003). 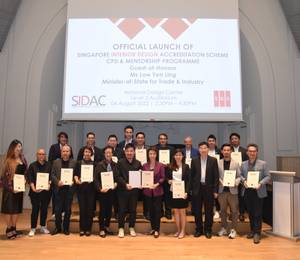