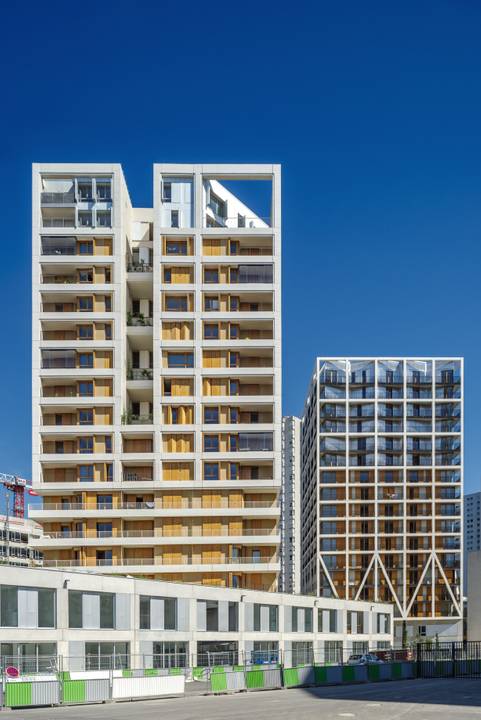 Paris, France – In the heart of the Chapelle International neighbourhood in the 18th arrondissement of Paris, currently undergoing major renewal, the firms of Brenac & Gonzalez & Associés and MOA Architecture are delivering two towers with a total of 254 apartments attached to 20 SOHO-type business spaces with apartments (Small Office/Home Office).

The E plot, composed of a platform dedicated to SOHO (Small Offices/Home Offices) and the two E1 and E2 towers, is inserted into a very sophisticated grid, evoking a lower and an upper town.

The specifically SOHO type of apartments offer a new vision blending workplace and home. The SOHO section base is divided along its length by a broad interior street designed as a lively, common area. This interior street extends all the way to the entrance lobby of the E2 in order to strengthen the link between the E1 and E2 towers. 20 business spaces located on the ground floor are directly accessible from the public area and benefit from a generous height of 3.80 metres. The apartments linked to these office spaces are found on the next floor of the base.

The E1 tower, designed by Brenac & Gonzalez & Associés, is designed with a gap so one can perceive not one tower but rather two smaller, sleek and slender towers. These two towers are joined together by a planted interstice and by an outdoor staircase, which bring light directly into the common areas and, oriented in the direction of Sacré-Cœur, offer meeting places for the occupants.  An intermediate register comprised of balconies ensures the transition between the SOHO section and the World above. This section runs around the tower’s entire circumference from level G+2 to G+6 to compose the lower skyline, designed to correspond to the current height of Paris buildings. The upper skyline extends from level G+6 to G+16 and is comprised of a prefabricated white concrete exoskeleton, highlighting broad horizontal lines and offering generous spaces supporting differentiated exterior spaces, thereby providing the project with a genuine interiority, which opens to spectacular views of the broader Paris cityscape.

The E2 tower, designed by MOA Architecture is comprised of two interlocking towers forming a single block. The “urban tower,” aligned with the street and facing buildings opposite, possesses a “perforated wall” of windows based on a traditional model. The warmth of the carpentry with its wooden shutters balance the austerity of a plain concrete facade.

The “landscape tower,” oriented southeastward in the direction of Sacré-Coeur, has a very delicate structure, on a 40-cm-wide column and beam grid, opening the interior spaces toward the urban landscape of Paris. Floor-to-ceiling glazed wooden doors offer total transparency through the guardrails, which are designed to be virtually invisible from the terraces.

The tower’s envelopes were designed as “exostructures.” These so-called “tube-towers", lessen the building’s weight by approximately 1/3 as compared with “Miesian” towers and their concrete core. This lightening of the weight offers maximum flexibility because, over time, not only can the useful spaces be reconfigured but also all the core spaces of distribution, which are defined by non-loadbearing walls. In addition, the savings in terms of concrete are an environmental and financial plus that cannot be ignored. 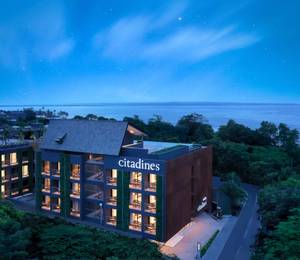 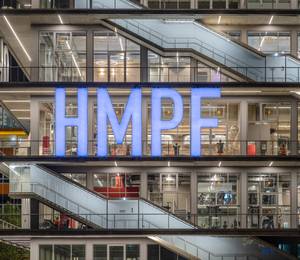 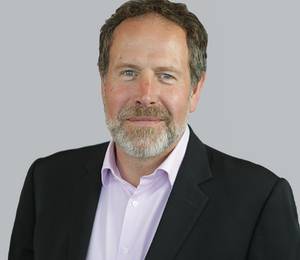 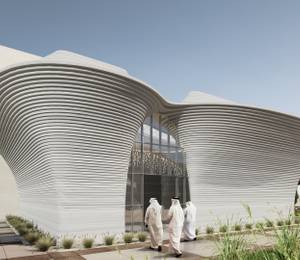 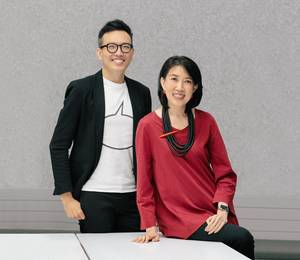