Hong Kong – This commercial centre – located at the middle of a development zone in Shenzhen -- creates a new neighbourhood hub that knits the surrounding areas into a unified urban district.

The project sits in the middle of several important centres of life in the area, including a cherished park, a major commercial and residential district, and Tong Fa Nan Lu, one of the area's most trafficked roadways. Previously, the undeveloped site disconnected these areas from one another, impeding pedestrian flow from one neighbourhood to the next. Vanke Cloud City resolves this, slicing a soaring retail-lined atrium through the site that weaves the disparate neighbourhoods into a cohesive downtown district.

The base of the development is lined with shops and cafes, generating activity at all hours and creating a lively, pedestrian-friendly atmosphere. Offices on the higher floors of the tower are arrayed on the perimeter edges of the building, allowing signature landscaped terraces to overlook the public zones at the centre of the development. A sculptural skybridge spans the public zone, linking the two sides of the terrace while introducing a new architectural focal point in the area.

The design of the facade distinguishes between the commercial and office zones, resulting in a highly legible building that offers spaces tailored to their uses. The commercial areas are enclosed in an opaque facade that focuses the interior experience on the retail offerings within. The office portion of the building, on the other hand, is lined with floor-to-ceiling glass that maximises views and daylighting, creating distinctive and contemporary work environments. 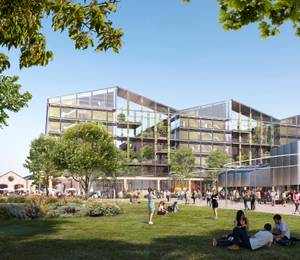 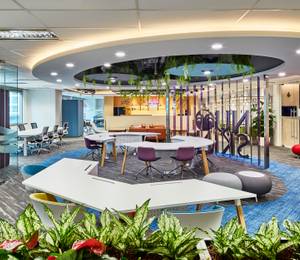 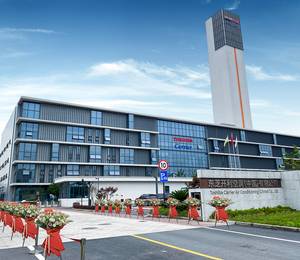 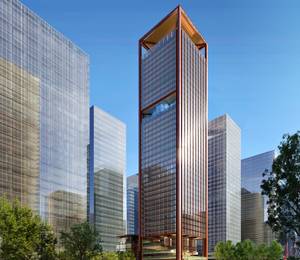