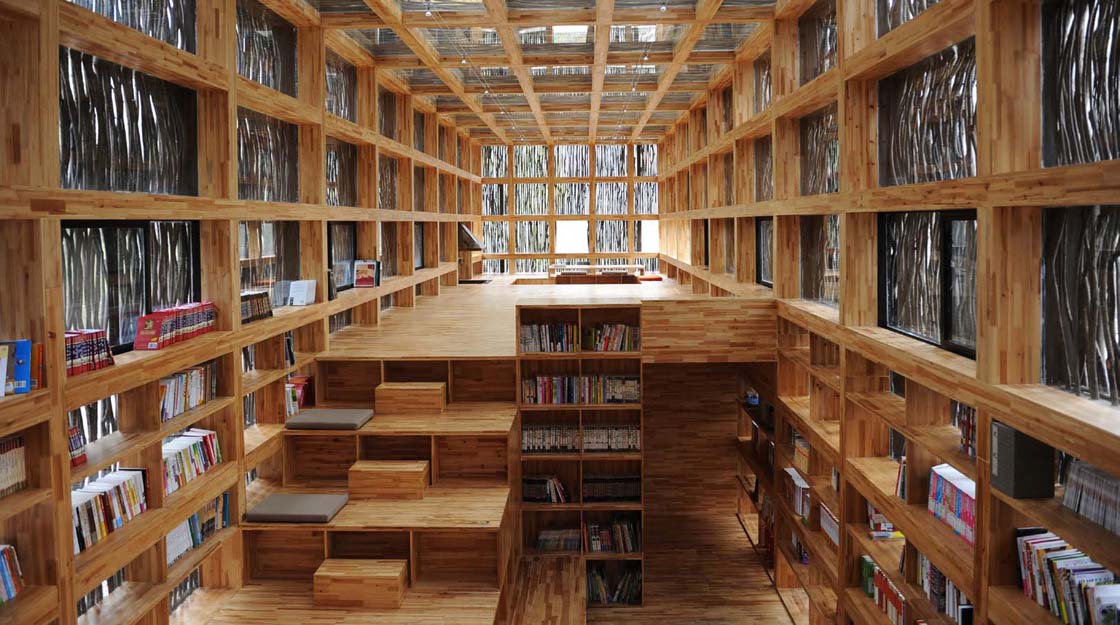 Toronto, Canada – The inaugural Moriyama RAIC International Prize has been won by a modest library on the outskirts of Beijing, China, designed by architect Li Xiaodong.

The Liyuan Library opened in May 2012, in the hillside village of Jiaojiehe. “It is a lovely object in a dramatic landscape, a wondrous thing to use and be in,” the six-member jury wrote in their statement.

Architect Li Xiaodong started working with the community before funding was in place in the hopes that a well-designed library would not only improve life in the village but also boost the local economy by attracting tourists to the scenic area. The library was eventually funded by a rural-development grant from the Lu Qianshou Trust in Hong Kong. The construction budget for the 175-square-metre library was CAD$185,000.

“This project is about the relationship of a building to its surroundings and its role in serving the community, rather than a building as a discrete object,” Mr. Li wrote in his submission statement.

In the two-and-a-half years of its operation, the Liyuan Library has experienced unexpected levels of use and appreciation. A new bus stop has opened close by to accommodate the frequent visits by thousands of people, including local villagers, tourists from the Beijing urban area, and many international visitors as well.

The RAIC received submissions for projects located in nine countries: Canada, China, France, Germany, Israel, Japan, South Korea, the United Kingdom and Tajikistan. The jury was impressed by the breadth of international interest in the prize and encouraged by the high level of engagement with the aims and objectives of the program revealed in the submissions.

“They represent works across a wide spectrum of architecture around the world today – from the object building that purports to change everything and everyone it serves, to some self-effacing projects that quietly look at the world with optimism and humility,” said Barry Johns, FRAIC, Chancellor of the RAIC College of Fellows and Chair of the Jury.