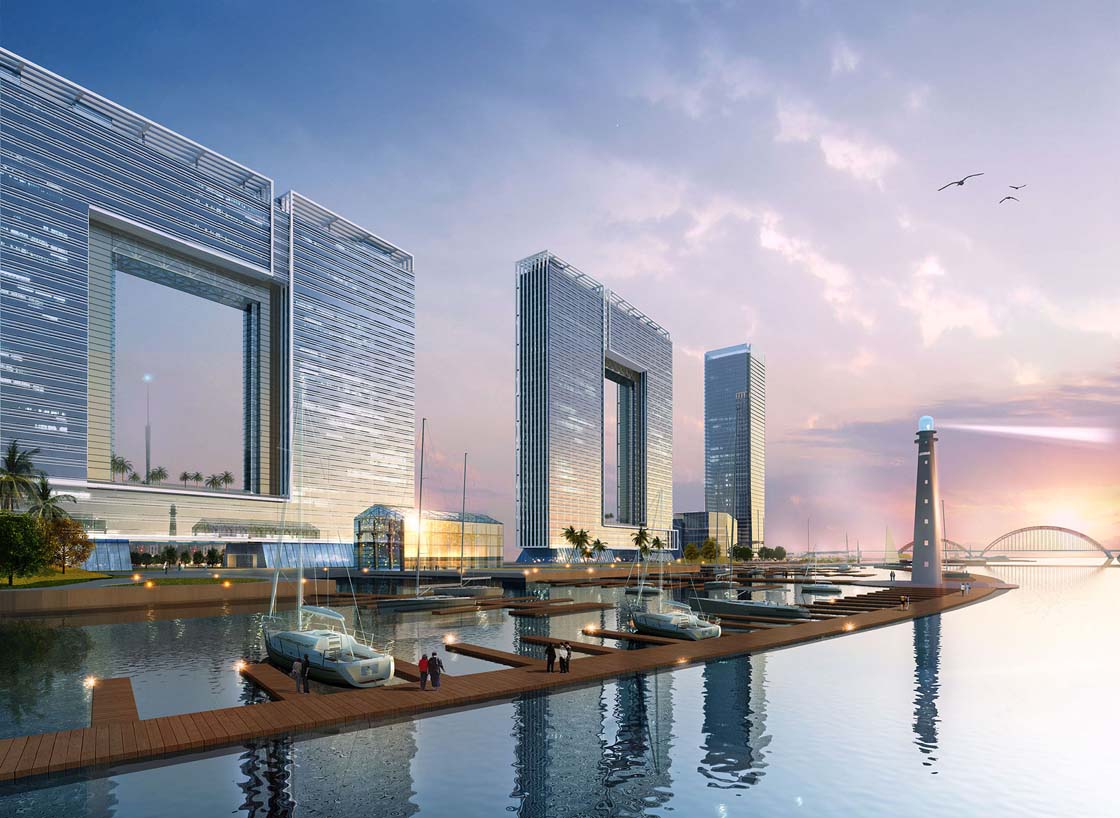 Atkins was appointed by China Communications Construction Company (CCCC) to provide architecture services from concept through to extended preliminary design stage for the new Window of Guangzhou development. This is Atkins’ first architecture project for the client, one of China’s most powerful state-owned enterprises. Atkins has established a strong relationship with CCCC, which led to the signing of a memorandum of understanding for a global strategic cooperation in April 2014.

The development, due to be completed in 2018, consists of three stand-alone buildings which will house high-end office space. Two of the buildings resemble ‘floating’ windows and the other tower stands at 208 metres tall. From a distance, the development reads as ‘001’ which symbolises Guangzhou as the first Chinese city open for international trading as a port for the ancient Silk Road several dynasties ago and again revitalized in the late 1970s.

Shu Guang, project director at CCCC, said: “Atkins’ design concept demonstrates the importance of Guangzhou as a gateway to China for the world. The window-shaped buildings promote the city’s image as an important location for China’s import and export business.”

KY Cheung, Atkins’ senior design director, said: “Our design provides a dramatic visual impact, ensuring that the breathtaking view of the Zhujiang River is maximised for the occupants and the community behind the project as well. We incorporated green architecture design principles such as solar shading and air flow through the buildings to provide shelter from sun and rain typical in this hot and humid part of southern China.”