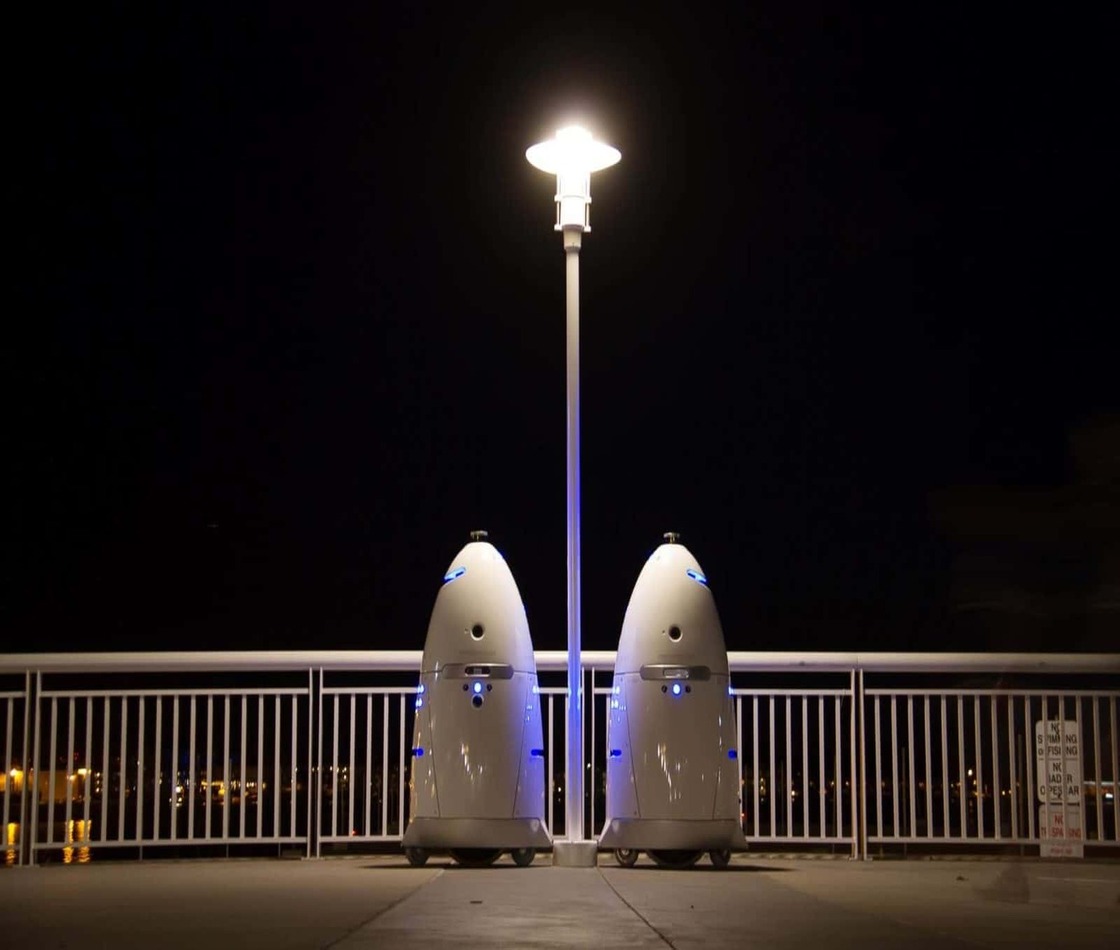 Robots are not intended to replace human law enforcement personnel, but compliment their activities
Views: 46

This is the K5, a fully autonomous security robot that stands 6-feet tall and weighs in at 400 pounds. It is one of the latest creations from Knightscope, a security company first founded in 2015, and is designed to be used to patrol a variety of venues, including shopping malls and college campuses. The company’s co-founder has made it clear that the robots are not intended to replace human law enforcement personnel, but compliment their activities and to be used in areas which present a serious threat to the safety of human law enforcement and security guards. So far, the robots have been used in dark and particularly dangerous areas such as parking lots and under bridges.

The security robots, which their co-creator Stacy Stevens calls “fully autonomous data machines,” come in both an indoor and outdoor model, and gather information using a combination of cameras to provide 360-degree video streaming and an array of LIDAR (light detection and array) sensors. The data is then passed to the cloud to help assess whether a person is potentially engaging in criminal behavior. The capabilities of the robots, which currently cost around $7 per hour to lease, are astonishing – the on-board infrared cameras can easily detect and record up to 300 license plates per minute, and the robots can even detect the MAC and IP addresses of nearby devices. The units can also automatically blacklist certain license plates, IP addresses, and even faces. If the robot detects something out of the ordinary, human security guards are immediately notified. The security robots are reportedly already being leased by a number of well-known companies, including Microsoft and NBC Universal.

While machines like this, sound like an ideal solution to fighting crime and keeping dark, crime-ridden areas, safe, they aren’t without their controversy. Last year, a robot knocked over a 16-month-old child at a shopping mall and injured his foot, resulting in severe bruising. A man has also recently been arrested after drunkenly punching one of the robots and causing damage to the machine. Although, it does seem that autonomous robots are the future and Knightscope is not the only company working on such machines, with fully autonomous robots similar to the K5 already having been used to patrol streets in China. Then there is the other industries which seem to be taking a shine to autonomous machines, like Boston Dynamics and its four-legged robot that can deliver packages.