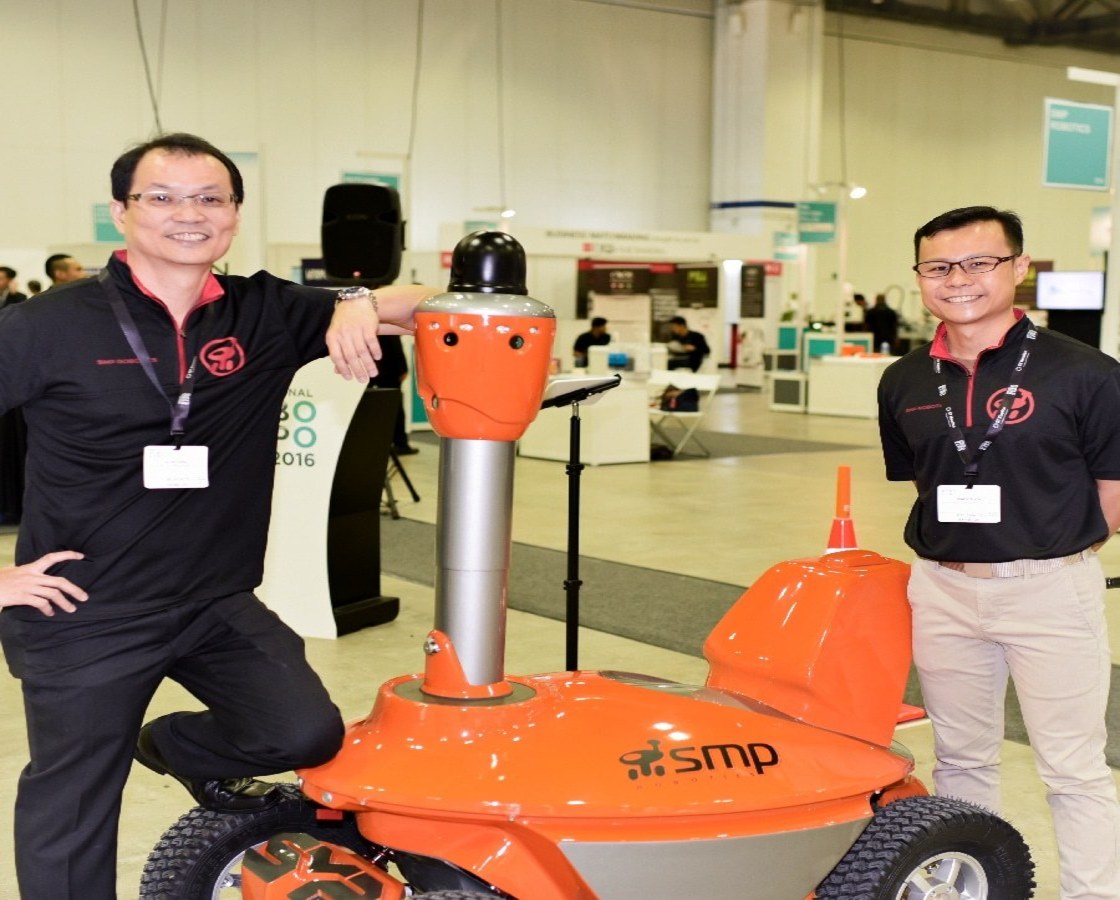 "The autonomous robots are reshaping the security industry across the private and public sectors," said Marina Kahl, VP of Marketing at SMP Robotics.
Views: 65

"It's evident that the S5 Security Robot (Robocom) will have a great future here in Brazil," said Flavio Faccino, Director at Proterisco. "We've received tremendous response from potential customers and had many interesting discussions about the impact of robotics on safety and security. The robots in Brazil were first introduced by the automotive industry, and today, industrial robots can be found in almost any industry, but security remains a top priority for the country. High crime rates in some of Brazil's big cities are driving demand for automated robotic technology."

Security and border control have been important issues for Brazil. According to the Brazilian Association of Security Industries (SIA), the industry grows, on average, 20% per year. The country's borders are so vast, and the terrain so inhospitable, that attempting to secure them seems virtually impossible. Brazilian Ministry of Defense said in an official statement on November 16th, 2016 that its planning to establish an Integrated Protection Border Program (Programa de Proteção Integrada das Fronteiras) meant to secure the country's 16,886 km of borders with 10 countries. The program is intended to strengthen the government's presence in border zones and constantly patrol the area.

"The autonomous robots are reshaping the security industry across the private and public sectors," said Marina Kahl, VP of Marketing at SMP Robotics. "Security robots are able to easily and safely perform tasks that would otherwise endanger human lives. In the United States the Border Patrol started using robot technology to monitor illegal activity along Arizona-Mexico border. This is a big step for the industry and it's just the beginning."

The S5 autonomous security robots from SMP Robotics have a variety of applications, including patrolling and video surveillance of campuses, vacant properties, manufacturing plants, warehouses and parking lots. The S5 can function in various terrain conditions: road, off-road, grass and gravel and traverse hazardous terrain, carrying out surveillance missions in all weather conditions: rain, snow, fog, smoke, etc., with temperatures ranging from -4F to 100F. The strong surface grip allows the robots to surmount level differences, bumps and ditches. Each robot is equipped with a 360-degree video surveillance system. It consists of six cameras for panoramic observation and a PTZ camera to track objects at larger distances. They can also record, store, send and stream video as well as zoom in and recognize a human at distances of up to 330 feet.
About SMP Robotics

SMP Robotics Corporation is a manufacturer of patrolling and video surveillance autonomous mobile robots. Headquartered in California, the company has offices in Europe and Asia. SMP Robotics started to design robots in 2009 and remains a strong player in the space, today SMP Robotics has its own assembly plant, research and development center and holds more than ten patents in the field of mobile robotics. The robots are available through authorized distributors all over the world; the company continues to actively expand its distribution network.