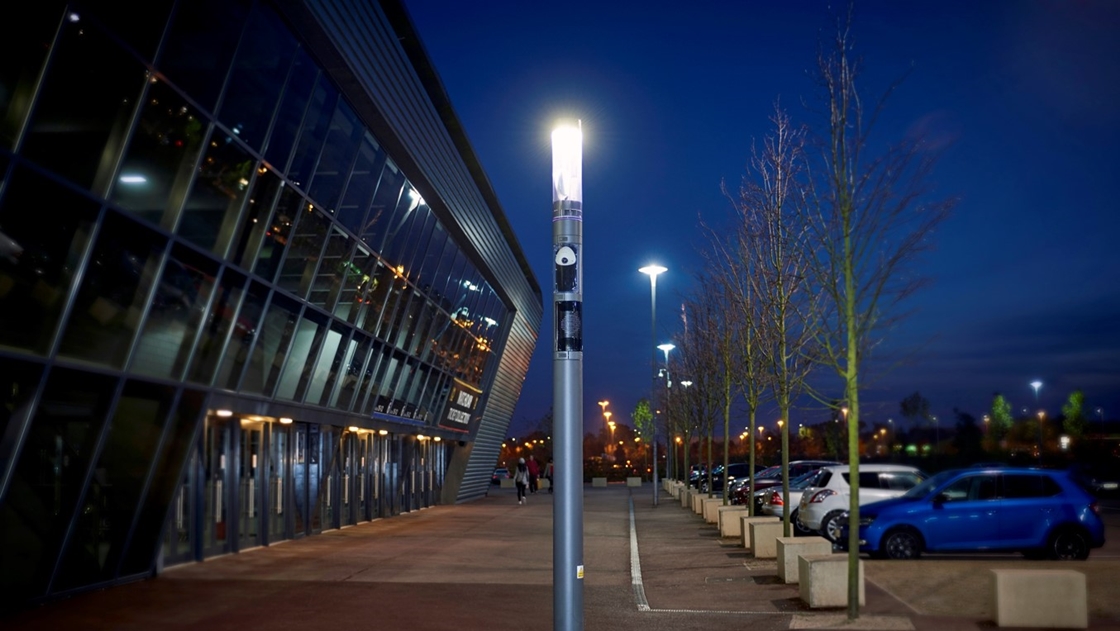 The 30,500-capacity stadium, which was designed by global architect firm Populous, is home to Milton Keynes Dons Football Club (MK Dons FC). The stadium also hosted three matches during the 2015 Rugby World Cup when the stadium experienced a record attendance of 30,048.

Schréder installed a Shuffle at the MK Dons Box Office & Superstore that includes a 360° light module (16 LEDs), closed-circuit television (CCTV) aimed at the reception entrance and a public address (PA) speaker for match day announcements and WIFI connectivity. The CCTV system and PA speaker are both connected to the MK Dons control room to allow instant access and remote control.
The new Shuffle blends well with the aesthetic environment and presents a more modern and iconic face to the MK Dons Box Office & Superstore. In fact, the company is so happy with the Shuffle, they plan to install more in the near future.

For more information, visit at www.schreder.com